We have three major football recruiting tidbits for you today. One is about a former Kentucky verbal commitment who might be re-thinking the Cats, and the other two are former Tennessee commits who are now considering Kentucky.

Imani Cross, Running back
Gainesville, Georgia
Rivals.com’s No. 20 RB in 2012

Cross officially decommitted from Tennessee last month when he found out the UT staff was recruiting over him. He said he never had intentions of leaving the Vols, but “when one door closes, another one opens.” “I’m just trying to move along,” he said.

The four-star running back visited UK’s campus on Tuesday and the Wildcats are very high on his list. Even though UK has a bright future on the ground with Josh Clemons, it never hurts to add a guy to the backfield who can bench 400 lbs. and squat 500 lbs. 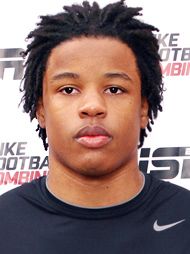 Imani Cross isn’t the only prospect decommitting from the Vols, four-star linebacker Khalid Henderson also re-opened his recruitment because he didn’t like the way he was treated by the staff after committing to Tennessee last summer. Henderson likes UK and was scheduled to meet with Kentucky assistant coach Greg Nord this afternoon.

Shadrach Thornton is another option at running back from 2012.  Thornton was UK’s No. 1 target and a player who gave a verbal commitment to the Cats, before deciding to go to NC State. The Georgia ball carrier has since decommitted from the Wolfpack and he’s speaking with Kentucky coaches this week.

Now back to basketball…