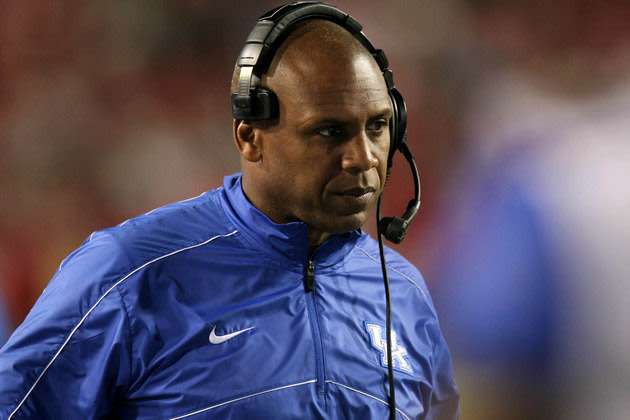 Joker Phillips is continuing to keep it classy when discussing his future and the future of Kentucky football.  After today’s practice, he told reporters that the fans and administration should have more patience with his successor.

“I think the next guy needs to get five to seven years before you even begin to evaluate,” he said of Kentucky’s next football coach.

Joker also believes his replacement will get a pass for the first few years, thanks to him.  If things aren’t turned around immediately, the new coach can blame Joker and his staff for the next three years.

The man continues to hold his head high and take full responsibility as his days in Lexington come to an end.  Say what you will about his coaching, but there’s no denying the class, dignity and support for #BBN he’s show on his way out.

Take a second to read Duncan Cavanaugh’s post on Joker Phillips on the site last night, if you haven’t already. Great stuff on Joker and what he means to Kentucky.