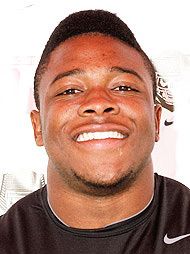 Thought UK football was done for the day with Jeff Badet?  Oh no.  JoJo Kemp just committed to the Cats.  Remember that name, ladies and gentlemen.  Kemp is a guy you should be VERY excited about.

Kemp, like Badet, is a former South Florida commit who Stoops was able to flip over to the blue side.  He had offers from a number of schools, including programs we’re getting used to beating out for recruits, like Tennessee, West Virginia and Nebraska.  He was very high on the staff’s list because of the way he fits into Neal Brown’s system.  It’s a perfect match and it won’t be long before that’s crystal clear to everyone.

What makes Kemp such an attractive option in the Air Raid is his quickness and pass-catching abilities.  He’ll be able to run routes out of the backfield and make plays catching the ball in open space.  Young guys like Dy’shawn Mobley, Josh Clemons, and Justin Taylor had bright futures in Joker’s ground-and-pound system, but Neal Brown’s pass-friendly offense plays more towards quicker, elusive backs like JoJo Kemp.  That’s why I expect him to come in and compete early as a true freshman.  He’s going to be really fun to watch, too.

I’m really excited about this one.

Here are some highlights from his junior season.  He’s only gotten better since then…