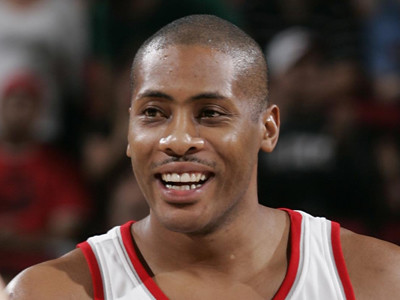 Here are a few morsels to chew on to get you through a Wednesday night.

-Dan Steinberg over at The Washington Post has an interesting article about the ratings of the Wizards Summer League. In the Washington DC area, the summer basketball games drew a 0.83 average rating (around 20,000 households). Just to put that in perspective, the Wizards averaged a .79 for the 2008-2009 basketball season and the Nationals last year averaged a .60 rating. To whom does Steinberg credit this fairly healthy interest in glorified practices? John Wall of course:

Wall’s debut, Sunday against Golden State, earned a 1.05 rating. His third game, Thursday night against Dallas, earned a 1.22. By way of comparison, before Stephen Straburg arrived, a 1.8 rating was the best the Nats had earned locally since 2007.

Looks like DC is about to become a pro basketball town all thanks to The Great Wall.

-Rajon Rondo sat down with Mark Murphy of The Boston Herald to talk about USA basketball and gave his feelings, as it were, about the free agent frenzy down in Miami. He is pretty passive about the whole deal but what stood out was his reaction, or lack thereof, about the new guys to join the Big Three South Beach Edition:

“To be honest, I don’t know who they’ve added to that team beyond those three guys,” Rondo said.
When the names of Heat additions like Mike Miller and Zydrunas Ilgauskas and re-signed players like Udonis Haslem and Jamaal Magloire were mentioned, Rondo once again sounded unimpressed.

No love even for our man Jamaal Magloire? That’s coooollld bloooded. C’mon Rajon, you can do better than that. Show some respect for your fellow Wildcat at least.

-Keeping with Rondo, the guys over at The Bleacher Report give their take on how Rajon can help the USA team. Their guess is that Rajon plays the role of defensive stopper and contributes as a bench player. Sounds good to me.

-Hey. Anybody want some cheap kindling? It’s a first edition, though. No? Aieet. Suit yourself.

-And finally, if you haven’t heard, the Beisner family was recently hired by Toyota to cut a commercial for their new Swagger Wagon. I think it turned out well. That Beisner cuts a mean profile in the driver’s seat. The family that raps together, stays together. Well done, Beez.