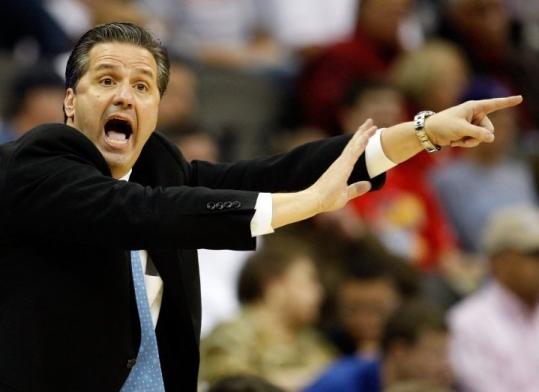 We had hints earlier in the week that this was likely, but it was confirmed today by Twitter (which along with Andy Katz seems to be the only way Calipari will release news). John Calipari wants one more player in this class and if history is any indication, he will get him. The working assumption is that he is attempting to get UTEP transfer Arnett Moultrie, but there are a couple of other possibilities as well floating around. What is clear is that Calipari plans on filling up another scholarship this year and making the roster much more full than we had previously assumed. As of now it stands:

Add to that mix Darnell Dodson (Who is reported to now be returning) and another player, and the full assortment of 13 scholarships will be used. If one assumes Polson and Harrellson dont have scholarships next season (one by graduation and one by walk-on), then Calipari is probably assuming 2-3 “one and done” players on the roster.

So the 2010 recruiting continues….