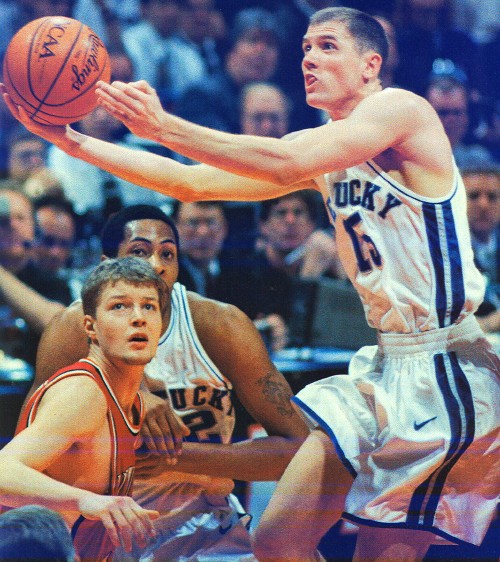 The city of Louisville is abuzz about the news today that the Jefferson County Public Schools broke rules by allowing UL players Peyton Siva and Gorgui Dieng, the ability to sell autographs at the public schools. Apparently this is against local policy prohibiting such ventures, and schools still allowed the sales without knowing it violated the rule. I can’t really get worked up about this, as it happens all around the state and the kids who are at the school do get the ability to see the players speak for free. While I understand not wanting to segregate those kids who can pay for autographs from those who can’t, I also understand the goal of trying to make some money after just winning a Championship. Many UK and UL players have done this in the past, but for whatever reason, this time it is an issue.

What was interesting to me is that former UK Final Four MVP Jeff Sheppard is running the tour. He apparently set up the autograph sessions and was responsible for getting many of the schools on board for the events. One of the most beloved UK players of all time, running the autograph sessions for the UL national champion? Next thing you know, you will tell me that a former UK coach is the once that coached that national title team. What is this world coming to?