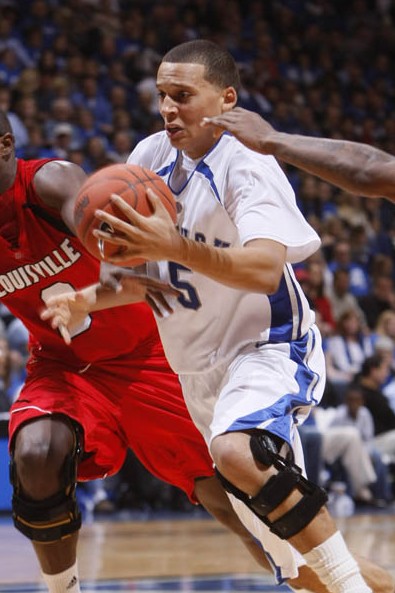 The Mountain West conference, home of polygamists, gamblers and formerly Rick Majerus, released their preseason awards today, and former Cat Derrick Jasper was named the conference’s preseason newcomer of the year. He’s eligible to play for UNLV after sitting out last year due to the transfer rules that Matt Pilgrim was able to wrestle into submission after his move to Oklahoma State in the offseason.

Jasper was one of the most prominent casualties of the Gillispie era, as whispers about the extent of his injury and whether he should be playing were prevalent as the 07-08 season went on. When he opted to transfer, the explanation of wanting to be closer to home rang somewhat hollow as many speculated that Gillispie’s pushing him to play may have made his injury worse and driven him to leave the team. Regardless, Jasper was a guy who laid it all out for the Big Blue and one who, if the recognition he is receiving in his new home is any indication, seems to have things heading in the right direction. His time in Vegas will be monitored by many Cat faithful, but for now, we’ll take a look back at one of Jasper’s best highlights from his days in Lexington. Enjoy.