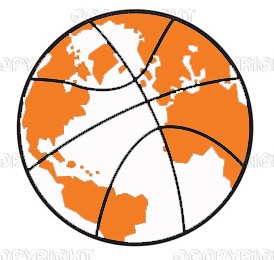 In a summer where the British Open (I keep the British tag in just to tick off the Tories) is being dominated by international players and the World Cup rears it’s head, it feels like there is a flourish of foreign sports stars in the media now. I can’t think of a better time to look over the UK basketball players and celebrate those that left a different part of the world to come to Lexington, KY in the good ol’ USA.

Oh Canada! You run the gamut for UK fans. Our own Matt Jones holds a special place in his heart for big Jamaal and his contributions to the Big Blue were certainly significant. Big #42 made the All-SEC Freshman team in the 1996-97 season and was All-SEC in his 1999-00 senior season then drafted #19 in the first round of the NBA draft. Magloire was a force for the late 1990s teams that never backed down from anyone (especially the thugs from Knoxville) and there are rumors he might sign with the Heat.

In the middle of the pack is Sheray Thomas. Sheray was involved in some big moments (good and bad) but it always seemed that, for the most part, Wildcat fans rooted for the power forward. Confidence was one thing that Thomas consistently lacked, and UK fans were far too familiar with his hang dog look after a bad play. Regardless, Sheray was fun to have around the program.

At the other end of the spectrum, Benard Cote is probably one of the least-liked UK players ever. He just seems to rankle the ire of most UK fans so we will just leave well enough alone. He had a good game against Vandy in 2004 then took his talent and soul patch to Northwestern.

As part of the great early 2000 Tubby teams, Jules had a few rocky times at UK. He redshirted due to a violation of the school’s alcohol policy (tip: never try to hide in the back seat of a car if you are 6’11”), but by the time he was a senior, he was a solid contributor to the team. Camara’s best game came against Tennessee in 2002 where the 6’11” center notched 17 points, 2 assists, 2 blocks, and 8 boards. Jules used 13 second half points to drag 12th ranked UK out of a 16 point deficit to the Big Orange (and Yarbrough’s seven 3 pointers) and win by 3.

What can I say that hasn’t already been said about Woo? The pod-caster extraordinaire is a favorite around KSR and is as energetic an ambassador for the UK program as anyone. Lukasz was a Cardinal killer and never lost to the dirty birds as an upper classman. Orbzut snagged 9 rebounds and scored 4 points in a starting role against the 4th ranked Cardinals to help lead UK to a 12 point win in 2005. Woo followed up that performance with a 6 point, 5 rebound effort (and setting killer screens) in 2006 as the Cats again dispatched the Cards by 12.

UK adds to its international flare next season with the arrival of Vargas and Kanter. As significant pieces of Calipari’s reload project, both big men are sure to go down in UK history as great players.