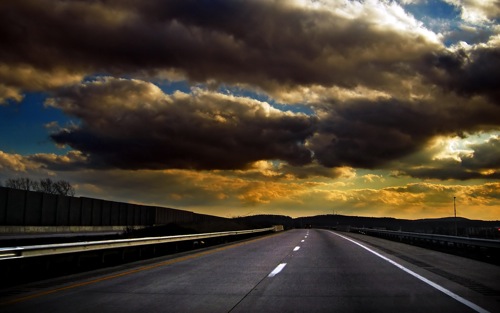 A coaching search is always filled with twists and turns, especially ones that start before the season is over and likely won’t end immediately. The pool of names being considered shifts, has additions, subtractions–littered with wishful names that seem impossible, as well as names we’d rather throw out and pretend we never heard. One of the interesting aspects of a coaching search is where the school intends to pluck the desired new head coach from. Do they make the move from a current head coaching job to Kentucky, perhaps to join the SEC, rake in a higher pay check, or try to build a program? Do they leave a coordinator role at an already-established program to test their wings as a head coach for the first time? Do they leave the ranks of the NFL to try their hand at a college coaching career? Or do they perhaps return back to a place where they once called home, a place where they have coached at some capacity once before? With the names Kentucky is projected to be considering for their infamous “list,” the current destinations of these coaches– or where they would be making their move from to come here– is anything but the same across the board. The perceived candidates come from a number of different situations. The variety sparked my curiosity. I decided to take a look at the other Top 25 teams (as ranked before last night’s flurry of upsets)  in the country to see how their current head coaches wound up where they are now. What was their previous job? How had they fared while there? Take a look at the results…

Apologies in advance for the length…

Bill Snyder returned to Kansas in 2009 to lead the program to one of the most historic rebuilding efforts of all time. Although Kansas State lost to Baylor last night, they were in position late in the season to play in the national title game. Snyder was the head coach at Kansas State from 1989-2005.

Kelly was the offensive coordinator at New Hampshire before arriving to be the coordinator for the Ducks’ offense in 2007. In 7 of his 8 seasons in charge of New Hampshire’s offense, the team averaged 400 yards of total offense or better. He was named the College Assistant Coach of the Year in 2005.

Kelly arrived by way of leaving as head coach of the Cincinnati program. Kelly was Cincinnati’s head coach from 2007 to 2009. He compiled a 34-6 record in that time, and won two outright Big East Conference titles that led to two BCS bowls for the program.

Saban took over the Alabama program following a two-year stint in the NFL at the helm of the Miami Dophins. The Dolphins struggled to take big steps under Saban, but did improve under his guidance. His team capped his final season with a 6-game winning streak. Prior to his run with the Dolphins, Saban spent 5 seasons as LSU’s head coach where he won a national championship and two SEC championships.

Richt came to Georgia in December of 2000 following an impressive 15-year service to the Florida State football coaching staff. Richt worked his way up the ranks at FSU, but spent the final 7 seasons with the Seminoles as the offensive coordinator. In his 7 seasons as the OC for FSU, his teams finished in the top 5 in scoring offense 5 occasions.

Les Miles arrived at LSU following a 4-year head coaching stint at Oklahoma State. In four short years, Miles turned Oklahoma State into a competitor in the national picture. He was the first head coach in OK State history to post wins over Nebraska and Oklahoma in the same year. Miles led the Cowboys to three straight bowl appearances. After going 4-7 in his first season, he led the Cowboys to records of 8-5, 9-4 and 7-5. His record during the 4-year period was 28-21.

Sumlin arrived to A&M after a successful run as the head coach of the University of Houston. He led the Cougars to a school-record 12 victories and the program’s highest finish in the BCS standings in 2011. At UH he posted an overall record of 35-17, leading the Cougars to three straight bowl games. In his final season as the head coach, the Cougars raced to a perfect 12-0 mark before losing in the C-USA Championship game. The Cougars led the nation in passing, total and scoring offense, etc.

Spurrier returned to the sidelines at South Carolina after a one-year hiatus from coaching. Before the year off, he was the head coach of the NFL’s Washington Redskins.

Fisher was the product of a “coach-in-waiting” situation at Florida State behind Bobby Bowden. Fisher spent 22 seasons as a college assistant, including three as FSU’s offensive coordinator. Fisher developed a reputation as one of the best play-callers, as well as a great developer of quarterbacks. By the end of his first year as an offensive coordinator under Bowden, Fisher was named to be his successor when the time came.

In 2008, Swinney was named the interim coach, replacing Tommy Bowden. After going 4-2 in his interim position, the tag was removed. Swinney had been an assistant coach at Clemson since 2003, slowly working his way up the ranks. At 42, Swinney is the youngest coach in the ACC.

Stoops arrived at Oklahoma after a successful 3-year run as Steve Spurrier’s defensive coordinator at Florida. The Gators won a national championship with his defense in 1996, and the spotlight immediately began to shine on Stoops as one of the top assistants in the country.

Before taking the head coaching job at Stanford, Shaw’s most recent position was within the staff already. Shaw was the offensive coordinator for Stanford for 4 years. Before that he was one of the top wide receivers coaches in the country at San Diego State.

Pelini was hired away from LSU, where he led the Tigers defense as it’s coordinator to the 2007 BCS national championship. Pelini spent 3 years at LSU in charge of the defense. Pelini had previously had a one-year stop in Nebraska as the defensive coordinator in 2003.

Brown arrived at Texas after rebuilding a North Carolina football program into a contender. Brown had just come off of an 11-1 season at UNC when Texas hired him away. His Tar Heel team was ranked #4 in the nation at the conclusion of the season.

Jim Mora spent most of his coaching career in the NFL. Mora spent time as an analyst before coming to UCLA. Before his arrival, he was the head coach of both the Atlanta Falcons and the Seattle Seahawks. He led both teams to winning records in 2 of the 3 seasons. Almost all of Mora’s coaching experience comes from the NFL, either as a head coach or an assistant.

Flood was a top assistant for Rutgers for 7 seasons before being named the head coach when Greg Schiano resigned to become the Tampa Bay Bucs head coach. In 16 of Flood’s 17 seasons as an assistant coach, his teams finished with winning records.

Tuberville arrived at Texas Tech following a 10-year career at Auburn in which he compiled 85 wins. Tuberville led Auburn to 7 straight bowl appearances.

Gundy returned to his alma mater as one of the most decorated quarterbacks in the program’s history. Gundy was the offensive coordinator for Oklahoma State when he took the head coaching job.

From what background will Kentucky’s next head football coach come from?

27 Comments for How they got there: The road to “Top 25 coaching hires”