According to an incredibly reliable website, today–August 10th, is National Lazy Day. In honor of this special day, let’s look at some of the players, decisions, and moments that pay homage to our greatest American pastime–sloth and carelessness. Sure, it’s one of the 7 deadly sins, but even top-notch athletes and coaches may have mental or physical lapses.

For example, you have Leon Lett of the Cowboys who is forever haunted by one moment during Super Bowl XXVII.

Some athletes potential isn’t realized due to poor work–ethic or a sense of entitlement–Andrew Bynum, Randy Moss, and Albert Haynesworth. When speaking about Randy Moss, Jerry Rice said, “To see a guy with that much talent not give it 100 percent, it was almost like a little slap in the face. But Randy was Randy.”

Then there’s Manny Ramirez. He’s the type of guy whose shenanigans were often defended in the past, Manny being Manny, but his mental lapses have redefined baseball blunders.

There are a few former Kentucky players, as well as moments to “recognize” and scrutinize on a fittingly dull and gloomy National Lazy Day:

Could Go Either Way 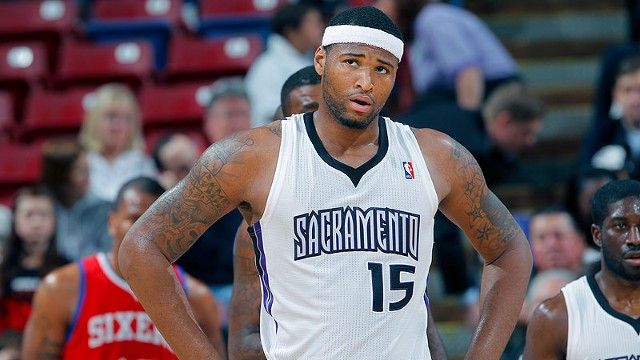 Demarcus Cousins has been one of the focuses of NBA chatter this off-season as he is seeking a max contract from the Sacramento Kings. Zach Lowe of Grantland focused upon the enigmatic character that is Demarcus Cousins, discussing his evident talent, but attitude and defensive woes since joining the league. While John Calipari did tend to get the best out of Boogie in his year as a Cat, Cousins did have one problem consistently–trying to recover from a lapse in focus and positioning on defense. This led to fouls, lots of fouls. Cousins has led the league in fouls in each of his first two seasons, and no one has fouled out of more games. Lowe described issues with poor positioning, lackadaisical effort, and bad court vision leading to many a “panicked sprint to the place he should already be. Problem.”

The Demarcus Cousins we in Kentucky know and love has a chance to earn the type of contract he is clearly capable of–his NBA career is only beginning. While other players that haven’t been universally loved at UK (think a Randolph Morris or Daniel Orton) also have been criticized for lack of effort or focus while in blue and white or in the pros, Cousins situation is not comparable. He has all of the talent and opportunity at his disposal to become an NBA All-Star as the Kings desperately need him to be great.

Shaq making good on the promise to “tutor” Boogie so that he will become the “best big in the game” certainly wouldn’t hurt in helping an incredible talent like Cousins from reaching his potential.

I may get some flack for this choice, but so be it. I love Antoine Walker, he was as integral to my childhood as the Thoroughblades and Pogs, but our own 1996 national champion is “the chucker.”

Walker is well-known for answering “why do you shoot so many threes?” “Because there are no fours.” The UK alum holds the NBA record for lowest three point field goal percentage for players with 4,000 career shot attempts at 32.5%. He also holds the record for most three-point field-goal attempts with none made in a game with 11 as a Celtic in 2001.

While Antoine Walker shimmied his way into the hearts of Kentucky fans, his less than stellar work-ethic and financial woes dominate the conversation regarding his legacy outside Kentucky. Walker had it in him to be one of the NBA’s most versatile players with his size, shooting touch, and ball-handling skills–yet he coasted and relied too much on the three-point shot, not improving other aspects of his game.

Walker is this “Lazy Day” post’s cautionary tale, an example for first-round talents of what not to do in order to find success.

“What Was He Thinking” Moment

One of Coach Cal’s favorite “isms” is “The Kentucky Effect,” which the man himself defines as “having high aspirations and standards in everything you do.” It’s about “being the best in all areas.” The Kentucky football team has had a different Kentucky Effect in some of its biggest games, while being involved in some amazing upsets, the program has had many epic collapses and slip-ups, giving away games that it should have won.

The 1993 Peach Bowl loss demonstrates this Kentucky football effect–a lack of concentration and a dose of bad luck, lost the Cats the game. With less than a minute to go, Clemson quarterback Patrick Sapp threw an interception to Kentucky linebacker Marty Moore. The Cats were up 13-7.  Instead of downing the ball so Kentucky could take a knee for the win, Moore attempted to return the ball and fumbled it away to Clemson. Sapp then threw a 21-yard TD pass, Kentucky lost, yada yada.

But remember the 2006 Music City Bowl victory, and Coach Brooks calling a fake punt in the first quarter on our own 15 yard line? That was gutsy. And had the opposite Kentucky effect.

Coaches Can Slack Off Too

This game, and the decisions that worked in Kentucky’s favor, is worth mentioning. Les Miles, the Mad Hatter, is known for his eccentricities in play-calling, but he did not get creative on the last drive of the game. For a coach who has pulled out some of the most bizarre, but effective plays in college football, his decision to go up the middle ineffectively 4 times in a row is still baffling to me. While most of the credit should go to the Kentucky defensive line that truly shouldn’t have been able to squash the Tigers like it did on this drive, running it up the gut each down seemed to be a stubborn and somewhat complacent move on the part of the LSU coaching staff.

Kentucky’s defensive stand to win in three overtimes became one of the most memorable wins in UK history. It also gave UK football fans a taste of sweet vengeance after the “Bluegrass Miracle” of 2002. Thank you Coach Miles.

Losing in the first round of the NIT, to Robert Morris. Clearly this is a painful, far from distant, memory for a program coming off of a national championship. Archie Goodwin, with some contribution from Jarrod Polson, was the only Cat who truly wanted to win. While it was a flawed performance, his effort is unquestionable, but otherwise, it was a lackadaisical, uninspired effort.

Although this team was not as talented as Calipari’s previous crop of Cats, along with the loss of its catalyst in Nerlens Noel, as we all know it just never truly clicked, there was a clear sense of entitlement and complacency throughout the season. “They haven’t had any discipline all year,” Calipari said. “We ended on a note we’ve been talking about (all year). We can’t really play (disciplined).”

The Robert Morris NIT flameout–an emphatic, uninspired loss and an appropriate selection for the worst loss on this, National Lazy Day.

Something tells me next year’s team will not be recognized in this slot next August.

The Antithesis of Lazy

Any excuse to show this play is a good one. Tayshaun Prince’s block of Reggie Miller’s gimme layup with less than 20 seconds remaining on the clock, preserved Detroit’s 2-point lead and was the deciding moment in the Game 2 victory–eventually an Eastern Conference and Finals title).

This play is without parallel as a defensive NBA playoffs moment of the past decade. Watching live, there was no way that Reggie Miller wasn’t getting two points. But part gazelle, part lanky robot, Tayshaun Prince bounded from half-court to make the impossible block of Miller’s complacent layup attempt.

While many former Cats could have been recognized as being the antithesis of this holiday, Tayshaun Prince’s hustle play stands out.