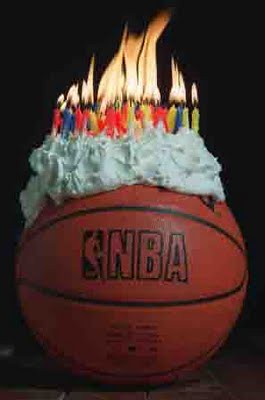 July 18th is a pretty big day for the UK program as both Derek Anderson and John Pelphrey share a birthday today. If I am doing my math right, DA is turning 36 and JP will be 42 (HE’S A MAN! HE’S FORTY!). Both guys were significant players in UK history (one helping to bring the program back from probation and the other being key to championship relevance) and are among the favorite players for most all Big Blue fans.

Anderson was a member of the 2005-06 Heat NBA Championship team (joined by Pat Riley and Antoine Walker as other UK greats associated with that team) and is one of the few players to sport basketball titles from both the NCAA and the NBA. We all know Pelphrey is now the coach of the Arkansas Razorbacks and most of us somehow control our sport-hate of Sooeyville and root for JP to do well (unless, of course, he is playing the Wildcats).

Happy Birthday to both gentlemen.