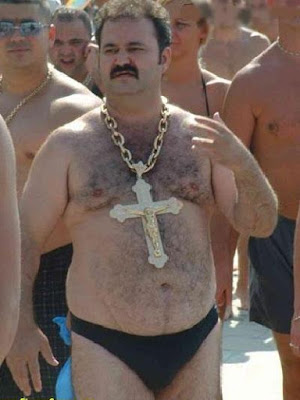 First off, just let me say that it is good to be back. For those that didn’t know, I spent the past few days in Miami for a friend’s bachelor party. I think I caught H1N1 while down in Miami but I did swim in the waters of South Beach so I might have syphilis as well. And before you say anything…by “swimming in the waters of South Beach” I don’t mean what you’re thinking I mean, so no I won’t be getting tested. I just let the sickness work its way through me and I’m choosing to live with the mystery of what it might have been.

Hopefully I’ll be able to cover everything needed to get us back on track. Here’s the update:

– Adreian Payne made his official visit. From what his coach has been saying, it seems like the visit went well and he enjoyed himself. Matt covered a lot of what occurred during the visit so I won’t beat a dead horse. Expect Payne to his other visits and take his time in deciding. He is one of UK’s main targets and there doesn’t seem to be a guy on the list that could “take his scholarship.” Therefore, he’s in no rush but I do believe that he is aiming for a fall decision.

– 2011’s Brandan Kearney made an unofficial visit to campus this weekend. When we talked to Kearney over the summer, he said that guard success and getting guards to the next level would be one of his main factors in choosing a school. He listed UK’s staff as one of the best in that area, but also felt that his home state schools of Michigan and Michigan State did a good job in that area as well. Although UK has yet to offer, Kearney includes Kentucky is his top 5 and possibly even higher. His close friend 2011’s Percy Gibson also made the trip. Kearney and Gibson both played with Team Detroit this summer, which is Ray McCallum and Dominique Ferguson’s AAU team, so I had the opportunity to see both guys play multiple times. At this point, I would pay attention to Kearney closest and expect UK to remain hot on his trail. With Gibson, I would monitor his development over his junior year and into next summer before placing him in the category of one of UK’s main targets.

– Wayne Blackshear, one of UK’s main targets in the 2011 class, was the topic of a piece done on Insidetheville.com. According to Coach Irvin, Blackshear’s AAU coach, the young guard would like to play with Marquis Teague at he next level and is content with waiting it out for awhile. Blackshear is also very close with another UK target in 2011 Mike Shaw. All three of those prospects are targets of both UK and UL and look like they might be a battleground for a major MAJOR showdown between Pitino and Calipari. The signing of those three, if all three go to the same school, will make tsunami sized waves across the basketball world.

– Tobias Harris took his first official visit to Syracuse over the weekend. As of now, his next scheduled official visit is to Kentucky for Big Blue Madness.

– Doron Lamb will be taking an official visit to Oklahoma this weekend. Kansas is also scheduled to host Lamb for their “Late Night in the Phog” on October 16th, and that visit seems to be set in stone now.

– According to Zag’s Blog, Michael Gilchrist will be visiting Villanova this coming weekend. Most feel that Gilchrist is certainly going to be a Cat but those that don’t, feel like Villanova is the other major player. Therefore, this visit is pretty important and is certainly a situation worth watching in Gilchrist’s recruitment.

– Don’t forget that CJ Leslie will be making a visit to UK this coming weekend. Most now know him pretty well, either as John Wall’s friend or as one of the top forward prospects in the nation, and this weekend is going to be a great opportunity for him to get to know UK.

– Lastly, Damien Leonard, 2011’s resident sharp shooter, tells InsideIndiana.com that he has high interest in three particular schools on his list, those being Clemson, Wake Forest and Kentucky.