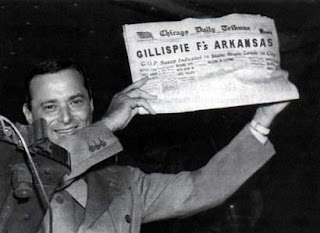 With Dana Altman’s trickle-down effect underway and Iowa State’s Greg McDermott leaving the Cyclones for Creighton (which has to make the Big 12 commissioner feel great about the basketball progress his conference has made), it’s again time for America’s favorite game: Which job opening will Billy Gillispie be rumored for next? Of course, Clyde’s name has popped up again, but this time there’s an interesting twist.  He’s openly campaigning for it. At least, according to this article in the Des Moines Register, which includes the following blurb:

He is one of three current or former coaches who called former Cyclone basketball star Gary Thompson after news spread that Greg McDermott was headed to Creighton. “I had a call from Billy right away,” Thompson said. “He’s interested. I had a call from two others who are interested, too.”

Late night golf jokes aside, the way Clyde’s interest is handled by the Cyclone’s administration will likely be the greatest indicator yet about how far his stock has fallen since his UK ouster and subsequent DUI. If this school (I love me) isn’t willing to take a chance on a coach who has been named Coach of the Year in the Big XII and the SEC, then maybe Clyde is going to have to work his way back into the game as an assistant. We shall see, but being shut down after openly campaigning for a job that is among the worst in college basketball can’t be a good resume boost.