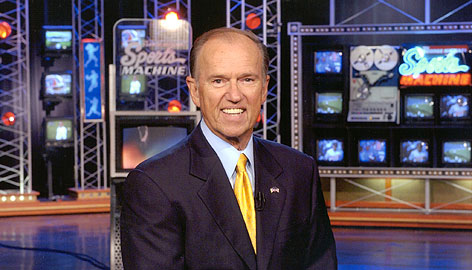 As we come off a great Christmas once again, it is time to get refocused on the things that really matter, such as December 27th Bowl Games in Nashville, Tennessee. But before we jump to that subject just yet, a tribute is necessary to DC Sportscaster George Michael, who passed away on Christmas Eve. Michael was a legend of the tv sports game and his “George Michael Sports Machine” became a nationally syndicated sports highlight show on weekends that gave the world its first taste of a national sports highlight show. Michael began the show in the 70s and his rapid highlight formula was copied by ESPN and is the gold standard now used throughout the business. In addition, he utilized the idea of sportswriters debating each other on the air and in the 1980s he paired up a number of prominent writers, including putting Tony Kornheiser and Mike Wilbon on the air together for the first time. Michael’s show was something I loved as a kid, because it came on a local tv affiliate and included highlights of events I couldnt see, including small pieces of WWF action. Michael was 70 years old and we join the countless others who remember his show and wish his family well.

(1): Well Sunday is the big day for UK football as they go for their fourth straight bowl victory in Nashville. The question however is whether the players are truly ready for the big game. If you have been on Twitter or Facebook over the last couple of days, you have noticed countless complaints registered by players on the team about having to spend Christmas in Nashville and the general sense of melancholly pervading the team. Players ranging from starters to reserves have complained openly about just about everything and it has been striking to see the overall negative tone from the team. Much of bowl game success has to do with the motivation of a particular team to actually be in the Bowl game itself. For many years this has been a positive for UK as they have been more excited to play in the game than their opponent. However the game date, which has put UK in bowl prep mode on Christmas for the first time, combined with the “been there, done that” attitude of the team about the Music City Bowl, means that the motivation of the team could be a real issue come game time on Sunday.

(2): What shouldnt be a big issues is the fan turnout as large UK crowds are expected in Nashville yet again. Kentucky sold out its allotment of tickets quickly and anecdotally, it looks as if UK will have quite a large fan section in Nashville yet again. The game’s late 8:30 Eastern start will mean that the weather will be a factor and it is expected to be cold yet again. KSR will be there in force as, Drew, Will and I capture the activities for the website in Nashville. We will be taping our podcast Saturday night at 7:30 pm local time at the Hooters restaurant in Downtown Nashville. Stop by if you have an opportunity and look for us around during the tailgating on Sunday.

(3): The only real piece of news on Christmas came from the Cards down the road as Louisville got a big 2011 commitment from Wayne Blackshear, a player that UK looked at a bit at one time. The commitment gives Pitino yet another solid member of the 2011 class and it is shaping up to be one of his best ever. UK is also set up to load up in 2011 and there is a very real possibility that the Cats and Cards could have the #1 and #2 classes in that year. If so, the rivalry would heat up even more than in the past and it could provide some great moments in future years. But first Rick has to get through these next two seasons…and that may or may not be easy.

(4): As for the basketball team, they return to the practice court today after a good 60 hour break from campus. Kentucky’s next game is Tuesday the 29th vs Hartford, but their opponent is 2-10 on the season and not of a great deal of concern. But what looms large is the January 2 game vs Louisville, which looks to be one for the books in terms of fan interest. If you combine the first ever Calipari-UL game, the Pitino subplot of the summer and the still undefeated record with the general interest that the UK-UL game takes, it is clear that this will be one for the record books. We will have a lot on this game next week and have a number of great things planned to get ready. But all I can say is that if even half the people who tell me they are going to sneak in blonde wigs make it happen…it should be quite a scene.

More all day Saturday as we get you ready for the Bowl game. Its UK vs Clemson talk for the weekend and we are ready for four in a row. If you missed any of the posts of the last two days, check them out below and get ready…a fun week is ahead:

Clemson “They Are Who We Thought They Were”