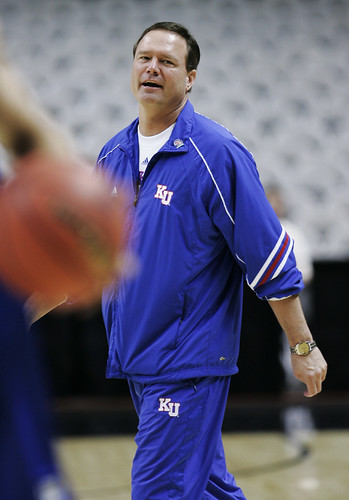 For the first time in the tournament’s history since going to 64 teams, all four #1 seeds have held form and made it to the Final Four. The games were relatively awful, although watching the end of Davidson-Kansas did have to get your blood going a little bit. I was pulling for Davidson more than is really healthy and would have loved to see Curry take that last shot. But alas, Kansas played great defense and Bill Self FINALLY goes to a Final Four and removes the title of “biggest choking coach in the continental United States” from his resume….at least temporarily. You can make an argument that the four teams going to San Antonio are really the four best teams in the land…..that rarely if ever happens and should (in theory) produce great games next weekend. But for now, all the feel good stories are gone and we are left with three members of basketball royalty and a team that the NCAA must hate (Memphis). Whatcha gonna do?