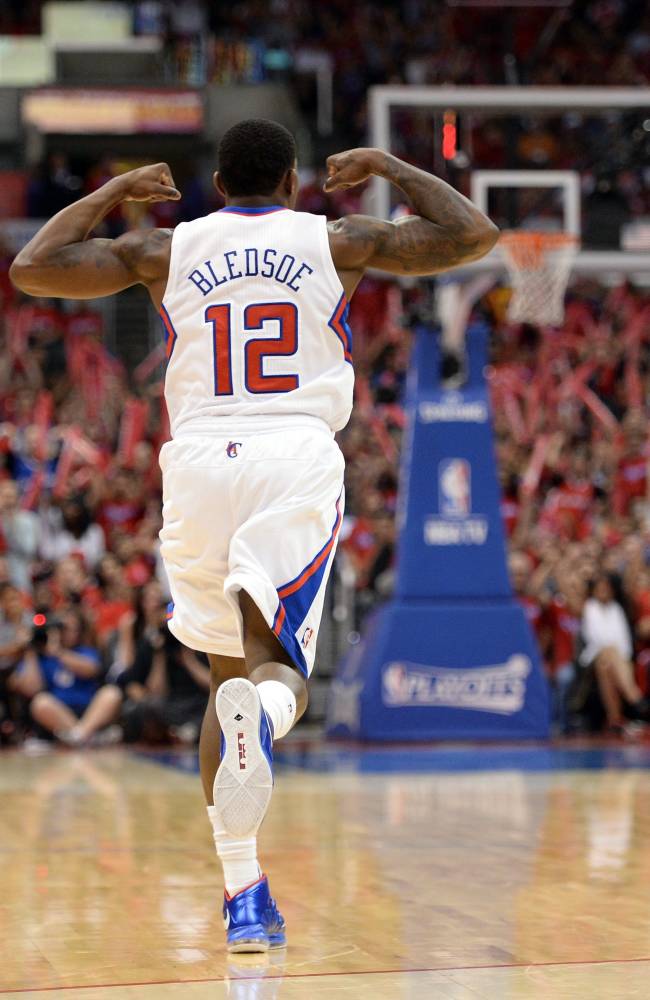 Eric Bledsoe is right at home on the big stage it would seem. Last year the back up guard had a major coming out party as he had several huge games in the playoffs before being swept by the Spurs. Several of those big games came as the Clippers took on the Grizzlies and tonight Bledsoe picked up where he left off. Bledsoe finished with 15 points, 6 rebounds, and 4 assists on perfect 7-7 shooting as the Clips beat the Grizz 112-91. Eric was second in scoring for LA only behind Chris Paul and looks to be hitting his stride just in time for next year’s contract year. You have to be thrilled for our former player who is getting it done in the association. Keep flexin on em.

Last night also saw a match up of Nazr Mohammed and the Bulls go up against Keith Bogans and the Nets. Nazr was expected to make the start for the Bulls in the place of injured Joakim Noah until Coach Thibodeau pulled a Pitino and Noah was in the lineup. With Noah back Mohammed played just reserve minutes and finished without any points. Bogans was also held scoreless in ten minutes of play for the Nets. With 15 and 10 years NBA experience respectively the two former Cats are at the tail end of their career and now play the role of key reserves. Here’s to holding out hope we see one more big game during this play off run.

Three more Cats are in action today as Jodie Meeks and the Lakers will take on the Spurs at 3:30. The Spurs won the first two close games this year but the Lakers won last week in their first game without Kobe Bryant. The Spurs always have an excellent regular season but haven’t made the finals since they won it all in 07. The Lakers slid into the playoffs after being on the outside looking in for much of the year and after losing Bryant to an achilles  injury its hard to see them making a big run. Meeks will need to step up in Bryants absence and he’s done alright so far. Jodie is averaging 6 points over the last 5 games which saw LA go undefeated.

The final game of the night tips at 9:30 featuring the Rockets going up against the Thunder. Terrence Jones is averaging 5.5 ppg in his first year with the Rockets which has seen him sent back and forth to the D-League. How is the rookie going to react in his first playoff appearance going up against the reigning champs of the Western conference? The Rockets rebuilt last summer to earn a playoff trip but they still have a long way to go before they are in contention.

On the other side is the titan of the west in OKC. The Thunder acquired both Daniel Orton and Deandre Liggins last year to provide some valuable minutes off the bench. Will we see the two on the floor any during this years playoff run? Who knows but at least we can see the duo celebrate if the Thunder manage to win it all.

What former Cat are you pulling for to grab the NBA crown?