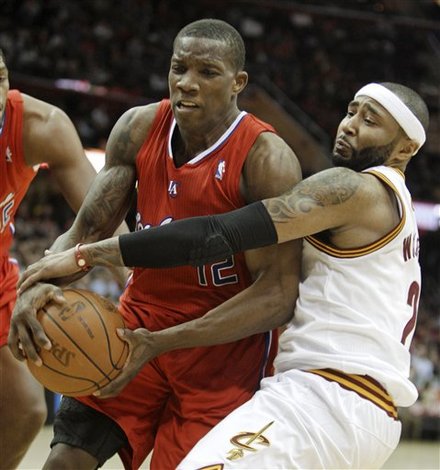 The man that Eric Bledsoe has called a mentor in Los Angeles has been dealt to the Cleveland Cavs, leaving Bledsoe to get s— right on his own now. The Clippers have agreed in principle to trade Baron Davis and a 2011 first round draft pick to Cleveland for Mo Williams and Jomario Moon. The trade doesn’t have quite the blockbuster impact of ‘Melo to the Knicks or Deron Williams to the Nets, but it means a lot to our man Eric Bledsoe who is still developing his game in Los Angeles.

“He keeps me fired up for each game, but at the same time tells me to pace myself because it’s such a long season,” said Bledsoe, earlier this year. “He’s the kind of leader that’s always in your ear. It really does help you.”

Bledsoe has called Baron Davis his big brother and mentor since Day 1 in L.A.  “He’s going to try to make me become the great point guard that he was,” he said.

Mo Williams, a score-first type of a player, will now be the starting point guard for the Clippers.  He’s a great player and he’ll provide a spark to the Clippers offense, but he can’t provide the leadership and advise that Baron Davis could.

You’re on your own now, Eric.  Just remember – when all else fails, close your eyes and throw it up to Blake Griffin.

14 Comments for Eric Bledsoe loses his mentor in L.A.