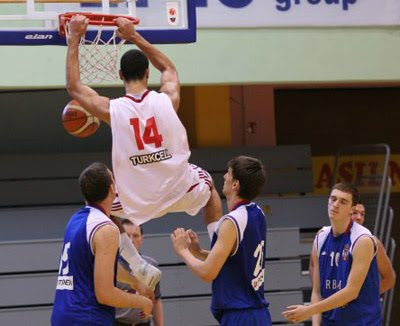 In terms of expertise, normally I would quote Doug Gottlieb only slightly before Chris Cross. But in this case, he is saying something about UK, so I make an exception. Yesterday Gottlieb projected Enes Kanter as the #1 pick in next year’s NBA Draft, saying he was the “real deal.” Now Gottlieb being Gottlieb, he stole a credit card and said that Kanter might not be eligible for UK, but we look past all that for the good. Kanter as the potential #1 pick is a possibility, although at this point I think you have to assume that Harrison Barnes leads for that spot. But what is clear is that Enes the Menace is going to make a big splash this year and probably be better than any of us first imagined.