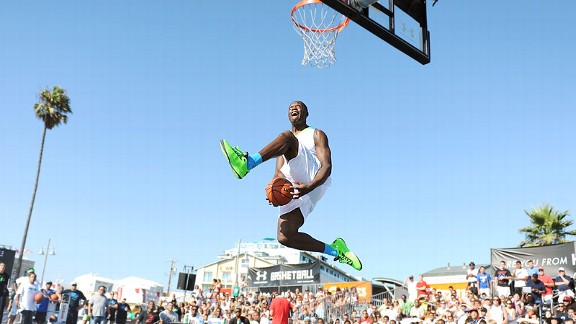 The Under Armour Elite 24 high school basketball event is returning to New York City for the first time since 2009 this year. The game will be played at the historic Tobacco Warehouse beneath the Brooklyn Bridge on August 24, and ESPNU will have live coverage at 7:00 p.m.

Kentucky fans will be excited to know Karl Towns is among the 24 high school standouts invited to participate. Under Armour is taking its time announcing the invitees, but you can check out how the roster looks so far below:

6 Comments for Elite 24 game back to New York; Karl Towns will participate