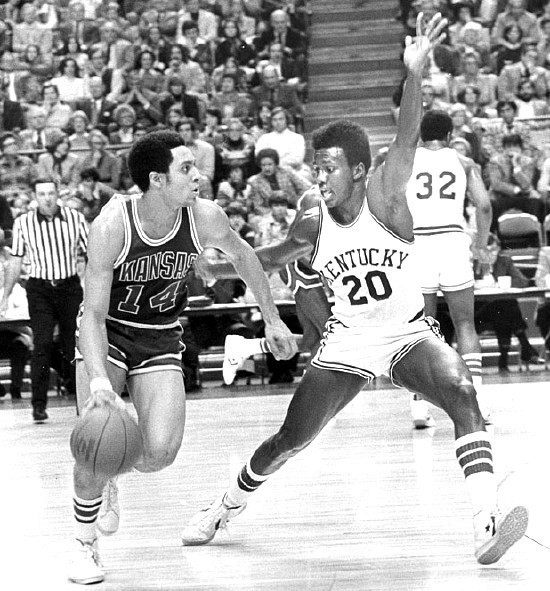 Dwane Casey, the former UK guard and the pride of Morganfield, Kentucky, won his first NBA title last night as an assistant under Rick Carlisle. I hope he’s enjoying the celebration in Dallas because he probably won’t be there next week. The man behind the Mavericks’ defense will interview with Toronto later this week and he’s already one of two finalists for the job. Casey has been in hot demand for a while now and that demand is even hotter now that his fingerprints are on the Larry O’Brien trophy. Even better, who wouldn’t want a guy who played under Joe B. Hall and shipped packages… er… worked under Eddie Sutton?

As the great Oscar Combs pointed out on Twitter this morning, Dwane Casey is now an NCAA and NBA Champion. He won a ring with the Cats in ’78.

Another Canada road trip this fall?

10 Comments for Dwane Casey gets a ring, head coaching job to follow