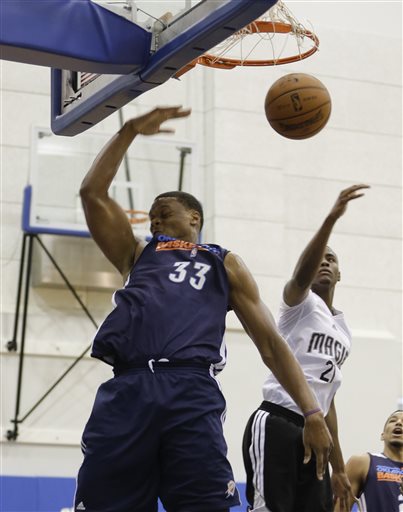 Doron Lamb scored 16 points for the Orlando Magic in the 79-78 loss to the Thunder in today’s opening game at the Orlando summer league. Two free throws from Lamb gave Orlando the lead with 23 seconds left, but Oklahoma City’s Lamb, Jeremy, knocked down a game-winner after separating himself with a sick crossover.

Daniel Orton scored nine points in the win. Don’t try to dunk on him.