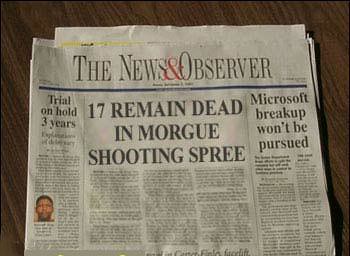 Great recruit and fabulous ‘get’ for the Calipari regime yesterday. With all the joy surrounding the UK program and the new recruiting class, do you know who has to be the single happiest group? Headline writers. With names like Kanter, Lamb, and Knight, the puns and situational phrasing will be flying around like crazy next season. Let’s get the jump on some of these guys and go ahead and predict some of the lame headlines with our latest recruit as the subject.

–‘Loyola Marymount In Like A Lion, Out Like a Lamb’ – This will be used the first time Lamb cleans up in the second half and sends the other team packing.

–‘UK Wins In Two Shakes of a Lambs Tail’ – When Doron pops a few threes in rapid succession to put the game out of reach, expect this one to be pulled out of the bag.

–‘UK Loses as Lamb Led to Slaughter’ – The go-to headline whenever Lamb has a bad game with too many turnovers and missed shots. Expect opposing team’s newspapers to incorporate this phrase often, especially in previews. Stuff like: ‘Tennessee hopes to lead UK and Lamb to Slaughter in Upcoming Game’.

–‘Kentucky Gentle as a Lamb in Loss’ – Unfortunately, Lambs aren’t known for being the fiercest mammal of the animal kingdom and any bad loss will induce headlines like this.

–‘UK on the Lamb in a Close Win’ – Another prohibitive favorite going into the season as the ‘escape’ notion fits nicely if Kentucky snags a win with a last second shot by Doron. The question will be how many people actually know the phrase is actually ‘lam’? I’m guessing very few.

–‘Lamb Becomes Goat as Last Second Shot Rims Out’ – This one is a lock. Expect Doron’s name to be compared to other animals frequently in headlines. ‘Goat’ being the easiest, of course.

–‘North Carolina Fleeced as Lamb Scores 30’ – And things similar to this will be a popular choice. Local scribes will write things like “UK Golden as Lamb Fleeces the Tarheels”.

–‘Lamb Stews the Irish in UK Win’ – Pretty much only happens when we play Notre Dame.

–‘Mutton but Threes as Lamb Scores 21’ – You can hear Rick Reilly licking his chops over this one.

–‘Lamb Shepherds UK To 10th Straight Win’ – Probably the easiest one, right? Any talk about Doron being a leader will instantly be followed by a reference to a shepherd. Or maybe the timecard punching Sam the Sheepdog which is a development I fully support. 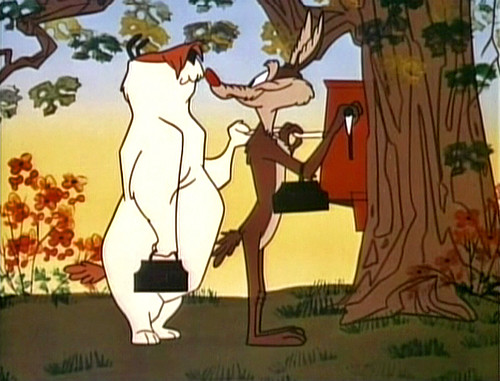 –‘South Carolina Slams the Doron UK as Lamb Fails To Score’ – You thought this would be all about barnyard animals, didn’t ya? Well, Doron’s first name is ripe for exploitation as well.

–‘Lamb of Kentucky Rises on Third Day to Vanquish Opponent’ – Yeah. The longshot. Expect this headline, and derivatives, more on blogs than actual printed publications. Although I don’t support this type of headline, I do think that Agnus Dei would be a great nickname for Doron. Sounds like a reference only a player like Mark Coury or Mark Pope (or a dorky blogger) would come up with, though.

–‘Calipari Had A Little Lamb that Made the Children Laugh and Play’ – No. Just. . .no. If you pay for a publication that uses this headline, you should immediately cancel your subscription.

You guys and gals have anymore? Mention them in the comments.