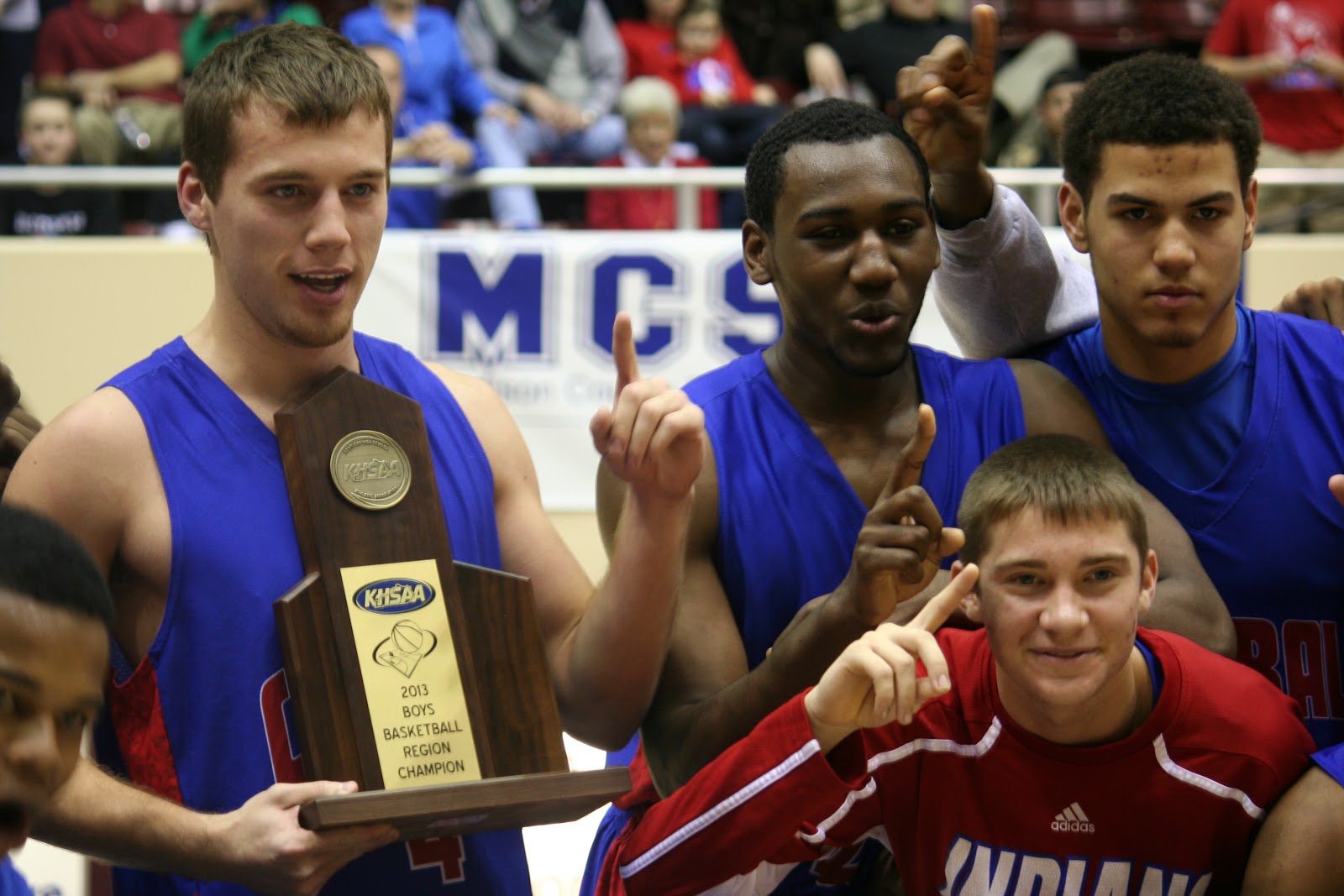 Dominique Hawkins is slowly but surely moving himself into the category of players who emerge as household names over the course of the week spent in Rupp Arena for the Sweet 16. Hawkins has put together strong performances in every single game, leading his Madison Central team to the state championship game tomorrow night in Rupp Arena. Hawkins is having the kind of week that young kids who grow up in the bluegrass dream about. Even better for Hawkins, he has been doing all of this in front of the Kentucky basketball staff (John Calipari and Orlando Antigua specifically). Calipari and company have been camped out in Rupp Arena for each of his games, clearly taking a strong interest in the Madison Central stud. For a kid who calls Kentucky his “dream school,” can you imagine a better way to cap off your high school career?

In tonight’s semi-final game, Hawkins went for 30 points and 9 rebounds to propel his team to a 60-56 win over Hopkinsville.