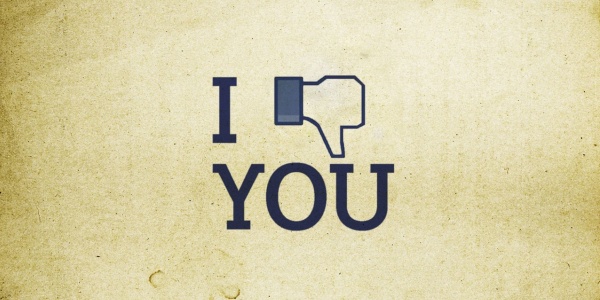 Surely you’ve heard the term “haters gonna hate.” If not, you need to follow more basketball players or high schoolers on Twitter. If you can find a basketball player who IS a high schooler to follow, then you’re really set. Anyway, last week a list came out that debated the most hated coaches of all time. Many of Kentucky’s former basketball and football coaches made the list, as well as current basketball coach John Calipari. I started thinking about who some of the coaches we as Kentucky fans would include if we were to make such a list. The category was simply too broad when you look at the variety of sports and all of the coaches we have faced over the years. Instead, I decided just to consider the current SEC men’s basketball and football coaches. Looking at the current SEC men’s basketball and football coaches, I put them into a few categories based on how much we  dislike them. Feel free to disagree, agree, argue, banter, add, delete, sound off about politics, etc. in the comment section based on your own particular feelings.

We dislike you for a particular reason

The Florida football staff as a whole

It’s not necessarily that Will Muschamp is a particularly disliked figure in the Bluegrass, but a few notable members of the coaching staff have Kentucky ties. While we all appreciate Joker Phillips for his contributions to the program over the years as a player and as an assistant coach, his time at Kentucky as a head coach left a sour taste in most people’s mouths. And now he has taken on a bizarre Twitter persona with the whole #ComePlayWRForTheJoker thing. In addition, one of KSR’s favorites, Jared Lorenzen, sounded off a bit on another Florida assistant when he was hired. Lorenzen wasn’t so keen on Brent Pease when he was an assistant coach for Kentucky during Lorenzen’s career, and made it known when he was hired at Florida. Pease responded before the Kentucky game last year by saying that,

“I coached Jared. Jared is one of those guys talking trash when I took this job. So that’s good for about two extra launch plays, trying to get 50 points on those guys when they come to campus.”

Frank Haith almost fit better into a few other categories, but between his recent hiccups with compliance with the NCAA and snagging Alex Oriakhi out from under us at the last minute last year, Haith made the cut for this list. Plus, the man never smiles.

Everyone in the SEC is fair game when it comes to snide remarks from the ‘Ole Ball coach, but no one seems to be the butt of more of his cracks than Kentucky. The comments and disrespect started back when Spurrier was the coach of Florida as well.

After a blowout win against Kentucky in 1996: “These sort of games don’t prove very much. All it proves is we’re better than Kentucky.”

After Kentucky tried several onside kicks in Florida’s 1997 win: “If I had a defense like Hal Mumme has, I would be trying them on every kick off.”

Ever since John Calipari arrived at Kentucky and began pushing the envelope for success and what can be done to be on the cutting edge, Kevin Stallings has spent most of his time whining about being shortchanged in one way or another. His favorite thing to complain about is the scheduling. For some reason Kevin Stallings thinks people actually want to watch Vandy basketball play in the prime time games each week.

We dislike you because you’re that good

A lot of people hate Nick Saban for the same reason they hate John Calipari. He’s really good at what he does.

Les Miles isn’t quite as good as Nick Saban when it comes to winning at the highest level, but he’s not too far behind.

I listed all of the coaches below because they are the teams that are either currently in the middle of the pack in the SEC, or are fighting to be in the middle of the pack in the SEC. Ideally, that’s where Kentucky would like to start it’s climb in the next few years with Mark Stoops. Some of these coaches have already started to make the climb, some have been above the middle and are starting to fall back, and others are year-to-year. Stoops has to find a way to consistently out-recruit and out-perform some of these coaches on this list if Kentucky expects to climb out of the cellar of the SEC.

We love to dislike you

Frank Martin has a little bit of crazy in him, and that makes him kind of exciting in an SEC that currently doesn’t have a lot of excitement when it comes to men’s basketball. Martin’s personality makes him an interesting addition to the SEC. He’s always good for at least one absurd press conference a year. I actually wish he would dial up the crazy just a little bit. I don’t care if he wins, but bring the crazy and bring it hard.

Most people don’t particularly love Billy Donovan, but he has turned Florida into a legitimate contender in the SEC year in and year out. He’s the only SEC coach currently recruiting close to the same level as John Calipari. And let’s face it, it’s fun to have rivals and it’s fun to have big-time match-ups to look forward to each season. Donovan provides that at Florida.

Andy Kennedy has brought us Marshall Henderson and love him or hate him, Henderson made an otherwise very dull SEC season last year a little more exciting.

We might dislike you, we just don’t know you well enough yet…

All of the coaches listed below fall into this category because most of them are new to the scene. It’s hard to know how we feel about them just yet.

I never miss a Kentucky game and I had to Google who LSU’s basketball coach was because I had forgotten. Cheers, Johnny Jones.

And you are really impressive in your ability to use starch on your dress shirts. (h/t Tyler Thompson)

If you’ve ever watched the ESPN 30 for 30 on “40 Minutes of Hell” with Nolan Richardson, you’ll find yourself really liking and rooting for Mike Anderson to succeed at Arkansas.

Maybe it’s the glasses, but he just looks like a nice and unassuming guy. He doesn’t stir the pot.

I think we all felt a little soft spot for Rick Ray after the mess of a situation he walked into last year in his first season at Mississippi State. At various points during the season, he was down to something like 6-7 scholarship players. His team was riddled with injuries and yet he made no excuses and inspired them to make a small and yet impressive little run in the SEC tournament with the odds stacked against them.

Cuonzo Martin was a tough one to fit into a particular category. He’s certainly not Bruce Pearl when it comes to antics or entertainment value. He seems to have Tennessee on a decent track though to climb back to the top tier of the SEC, which again makes things more exciting and interesting.