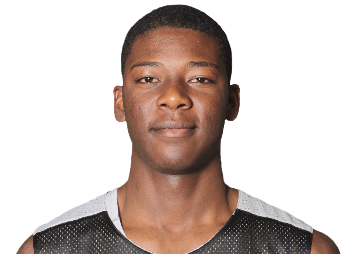 Five schools sit atop Angel Delgado’s list and the University of Kentucky is one of them. The 6’9” power forward named Kentucky, Florida State, Virginia, Fordham and Seton Hall as his top five today. Delgado does not have an offer from UK, but if one comes, there’s no doubt he’ll jump at the chance to play for John Calipari and Orlando Antigua, his new Dominican Republic head coach.

Delgado, a Dominican native who moved to New York for his junior season of high school, will suit up for Huntington Prep this fall. He burst onto the scene at the Nike Peach Jam last month and will only climb higher up the charts once he gets rolling with a loaded Express team under Rob Fulford.