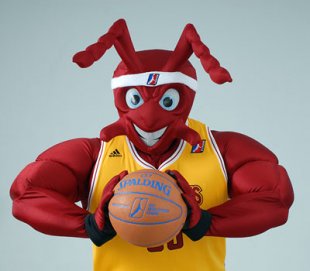 A player who once helped make up the very first John Calipari recruiting class at Kentucky was drafted tonight. Darnell Dodson, who arrived at Kentucky to be the outside shooting threat needed on an otherwise freakishly athletic and talented team, lasted only one season before leaving Lexington on less than stellar terms. Dodson then found himself at Southern Miss, where had had one huge game we all remember hearing about, while averaging 11.2 points on the season. The Darnell Dodson news front has been rather quiet in the past few months, but his name resurfaced tonight when he was drafted as the 12th pick in the 4th round of the D-League Draft by Fort Wayne Mad Ants.

When you think about all of the guys Calipari has brought to Kentucky in the past few years, Dodson is really the only guy who comes to mind who never panned out at all.  He didn’t seem to have the motor that most Calipari players either arrive with, or leave with after a season under their belt. Best of luck to Dodson and the Mad Ants in the upcoming season.

9 Comments for Darnell Dodson is a Mad Ant!