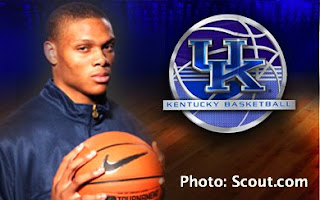 Well it didnt get much better for Daniel Orton today in Orlando. In his second game of the Summer league, Orton finished with 2 points on 0-6 shooting, and grabbed only 2 rebounds in 17 minutes of action. He was guarding Kosta Koufus, who took the opportunity to score 15 points and lead the Jazz team in scoring. Orton did not however get in a skirmish and his body language on the court was improved slightly.

Its going to be a long haul for Orton to get better in the NBA. His day yesterday was on the front page of Yahoo Sports, with one writer saying that his struggles proved he made the right decision coming out, before he would have been exposed next season at UK. I disagree with that sentiment and think Orton can still make it in the league. But as the first two games have shown, he has a loooooong way to go.