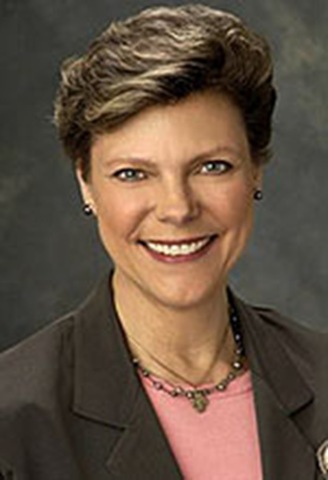 Today’s birthday honoree is a woman best known for being up early on Sunday Morning joining the consistently annoying Sam Donaldson on one of the Sunday “only people in Washington DC really care about these” Sunday talk shows. Cokie Roberts is the rarity in today’s television news market….a smart woman picked to be on the news not just because she is a pretty face, but because she has the actual chops to play the news game. Cokie got into politics thanks to her father Hale Boggs, a long-time Congressman from New Orleans who rose through the ranks and was the Majority Leader of the House of Representatives during the Richard Nixon era. He kept that position until 1972, when a plane in which he was flying mysteriously disappeared over Alaska, never to be seen again. Cokie began her news career at ABC, rose through the ranks and later became the co-host of the Sunday morning show now navigated by George Stephanopholous. Cokie has moved on to work for NPR and is one of the view voices on that radio network not inherently designed to put you to sleep. While Cokie does not move the eyes like an Erin Andrews, she is unfortunately one of the very few serious older female political reporters. As we move towards the presidential primaries, her voice is surely one to listen to….

(1) The football Cats have arrived in Music City to get ready for the Bowl Game. The University of Kentucky sent out a press release today to make sure that all knew that it wasnt just Florida State that was going into the game empty handed. No sireee bob….the Cats have problems too! The Cats will only dress 56 scholarship players for the game, a substantially lower number than for the vast majority of games this season and a message to the Seminoles that there will be no pity party in Lexington. While some injuries are serious (Burton and Locke), the core of UK’s team is still there and are ready to begin the week’s festivities.

(2) The new adjusted Vegas line has come out for the game and the Cats are favored by 9 1/2 points. This is a fairly astounding line and has risen over 7 points since the news of the Florida State suspsensions hit. Essentially Vegas has looked at the players who will be out for the Seminoles and it believes that their replacements are only one touchdown worse than those who were gone. While that may seem like a lot, it is somewhat of a sobering number to the many who assume that Florida State will look like a rag-tag team on New YEars Eve. The guys left over can still play and with the game still in the single digits by the spread, anything can happen.

(3) In part due to the Christmas holidays and in part due to a lack of communication, we still have no news on the Tyrone Appleton visit from last week. The point guard from Midland, Texas JUCO was there for the Tennessee Tech game and speculation from those around he and the program suggested that a commitment could come soon after. However no such commitment has taken place, or if it has, it has not been released. Tyrone was schedule to come on our radio show today but that has been postponed, so it may be next week before we find anything out.

(4) In the strangest bit of news to crawl across the ESPN bottom line in some time, Eddie Sutton has returned to coaching….at least temporarily. Sutton will coach the San Francisco Dons thanks to the resignation of their current coach. Sutton, who may be channeling his inner Howard Schnellenberger, is a man whose problems at Kentucky and with alcohol are legendary, but there is no doubt he can coach. He has nearly 800 wins and his career is legendary, if checkered. With Wilt Chamberlin no longer manning the middle for the Dons, they could do no better as a coach than ol Eddie.

Today is a big day at Catholic in Lexington…..Darius Miller will be in action, along with Lex Cath, June Buchanon, Elliot County and other state powers. IF you are around, you should check it out. I will be there most of the day and look forward to the action. More later….