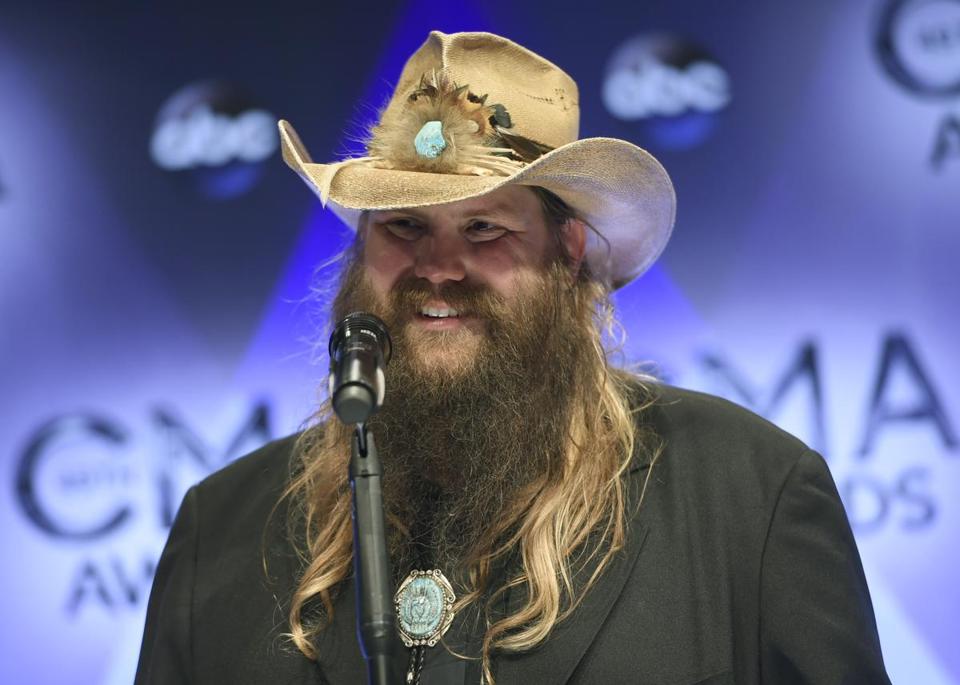 This may come as a surprise to you, but I did not watch the CMA Awards last night, just like every other year of my life. However, I did catch Chris Stapleton and Justin Timberlake’s joint performance of “Tennessee Whiskey” and the internet tells me it is all that mattered in the show.

I downloaded Stapleton’s album this morning and I’m just now making my way through it. It’ll be playing in the KSR office all day. So far, it’s a million times better than anything I’ve heard from Luke Bryan, Florida Georgia Line or anyone else from that poor excuse for country music we hear today. Check him out if you haven’t already.

You’re as smooth as Tennessee whiskey…

We will hear from Mark Stoops for the last time before Georgia today.

Stoops will be available following football practice later today, before the team takes off for a weekend in Athens. We will get one last update on injuries, this week’s practices and the team’s attitude going into the Georgia game.

Did you listen to the KSR Football Podcast?

New one went up yesterday, looking back on Tennessee and previewing Georgia. Listen to it here. Freddie accuses me of turning my back on football, which is not true.

Now’s the most opportune time to steal one from the Bulldogs, but will Kentucky step up and seize that opportunity?

We’ll know once the ball is kicked here in about 51 hours.

You have two more hours to cash in on the free A.M. Crunchwrap promotion going on at Taco Bell this morning.  My favorite fast food chain is giving them away as part of its “Steal A Base, Steal A Breakfast” promotion from the World Series.

Prior to Game 1, Taco Bell announced it would give away breakfast Crunchwraps if any player in the World Series stole a base, and thanks to Kansas City’s Lorenzo Cain, we’re all eating for free this morning. You have until 11 am.

In his latest blog post, Nazr Mohammed explains how he was able to play in the NBA for 17 seasons. Always be ready to play, he tells young NBA hopefuls.

Abraeshea Moorman, known as “Shay” from the “Breaking Cardinal Rules” bunch, is facing a misdemeanor prostitution charge from June of last year, according to WDRB in Louisville. Powell was busted through an undercover investigation via Backpage.com.

Double-doubles for John Wall and Nerlens Noel in the NBA last night.

The Chris Mullin era is off to a rough start at St. John’s, where the Red Storm lost to Division II St. Thomas Aquinas, 90-58, last night.

I know our man Slice is happy to be back in New York as an assistant at St. John’s, but a 32-point loss to a D-II team is a little different than what he experienced at Kentucky last season. I hope he doesn’t one day regret the move.