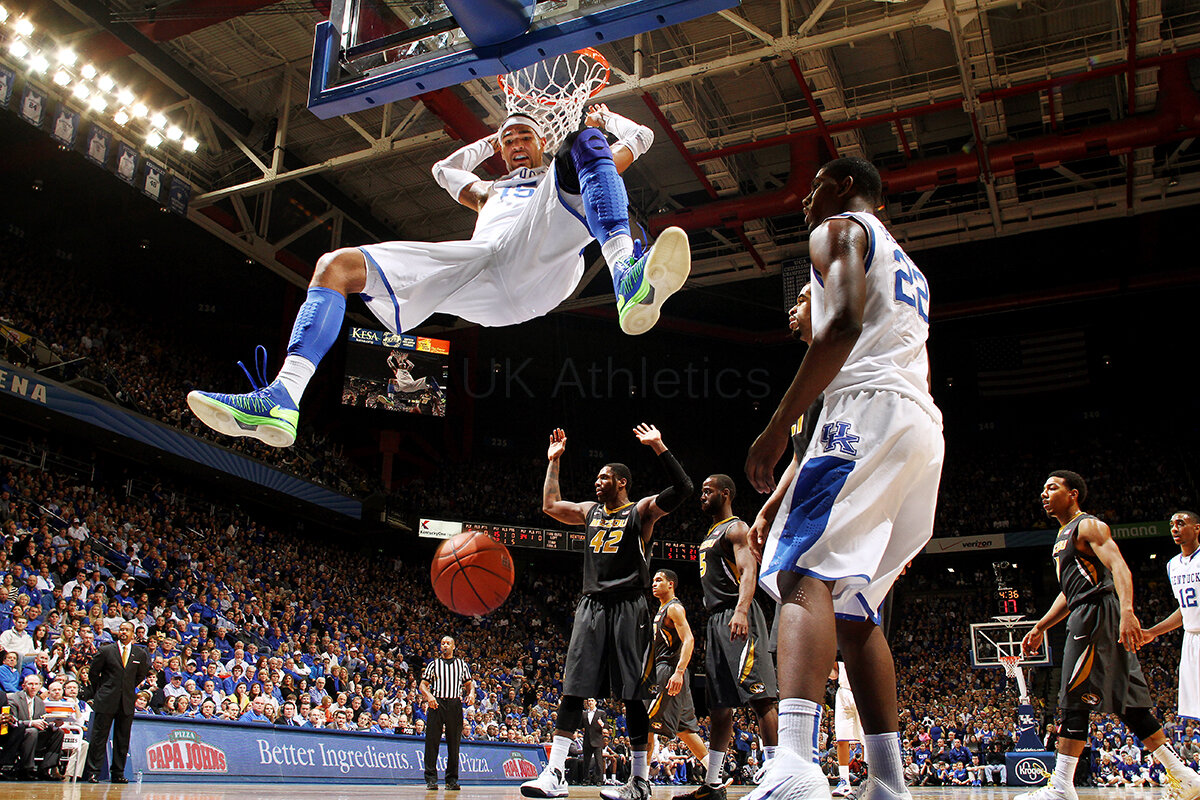 The biggest game on UK’s schedule ended in a victory for the Wildcats.  It took five minutes of extra basketball, but Kentucky outlasted Missouri, 90-83.  Julius Mays and Alex Poythress combined for 45 points, followed by Archie Goodwin’s 17 and 16 from Ryan Harrow.  Willie Cauley-Stein channeled his inner Nerlens Noel and swatted seven Mizzou shot attempts.

We’ll have more throughout the night.  You go out and celebrate and check in with us whenever you can.