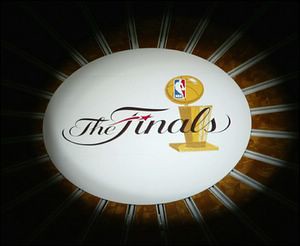 Last night when the Boston Celtics put away the Orlando Magic to advance to the NBA Finals, it marked the 7th instance of a former Wildcat playing in the final series of the NBA tournament this decade. Big Blue History has a great page that lists the Cats that have won championships, but I was wondering how many times UK players have at least appeared on rosters of teams in the Finals. I compiled a list of these instances over the past thirty years. Take a look:

My first impression is that it must really be hard to make it to the Finals even as a tag along scrub. For over 20 years, the only Big Blue imprint on the NBA championship was coach Pat Riley. Despite waves of talent running through Lexington during the 1980’s and mid to late 1990’s, no UK player even appeared on a Finals roster. That is just startling.

Second, thank goodness for Rajon Rondo and Tayshaun Prince. They are the only significant contributors to any championship-winning NBA team over the past three decades.

Third, it is really good luck to have a UK player on your roster as almost every appearance by a former Cat results in a championship. In the last 30 years, the only UK player to lose a Finals (Tay-daddy in 2005) lost because he went up against another UK player. Well, that and a focused Tim Duncan. We’ll see how the UK-factor plays out in this year’s series, but I know I’m putting my money on the guys in green.