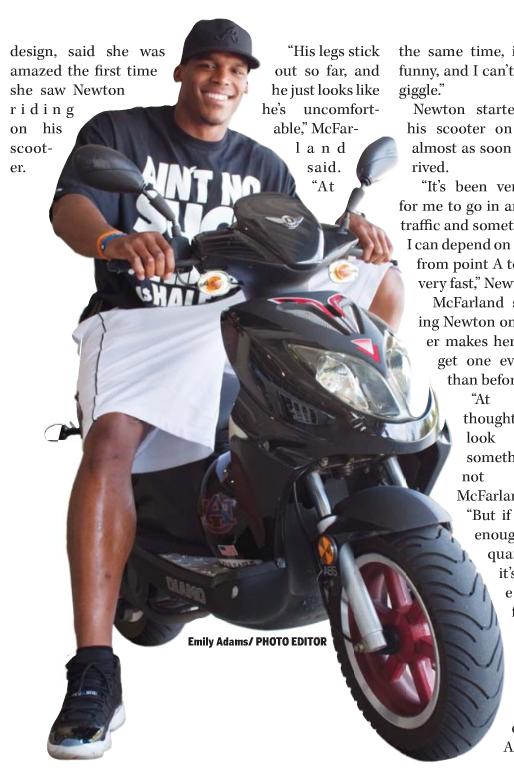 When a football team comes in after two consecutive disappointing losses, the hopes are that they rally together, focus on the next game and execute in order to break a losing streak.  There’s also a little hope that you could get a little help from the schedule.  Unfortunatley, for Kentucky, that’s not only not the case, but they might be taking on their most daunting task yet when Auburn comes strolling in to Commonwealth Stadium Saturday night for a nationally televised showdown.  On paper, the sheer fact that the Tigers have rolled to an undefeated start, including wins against Clemson and South Carolina, and climbed to #8 in the AP poll makes them Kentucky’s toughest opponent of the year.  However, it’s the quarterback that makes it a truly scary one.

Over the course of their first five games, Kentucky has faced two quarterbacks with a far inferior talent level (Akron and WKU), a fairly inexperienced signal caller in a new system (Louisville), and allowed two under-achieving new starters (Florida and Ole Miss) to have their best game of the season.  In Auburn’s Cameron Newton, the Cats face a bona fide Heisman contender who plays a style of football that has pained them in the past.  Following the Tigers’ win over Lousiana-Monroe, Newton rates as the nation’s most efficient passer and the SEC’s second-leading rusher.  He’s played the versatile quarterback role in offensive coordinator Gus Malzahn’s (yes, this Gus Malzahn) offense as perfectly as anyone could have dreamed when the Florida transfer committed to the Tigers after a short stop at Blinn Junior College.  In fact, had Urban Meyer not chosen to flex his discipline muscle for the only time in his career, we might be talking about Florida as the national title favorites.  Newton is that good.

Folks, Cam Newton is coming.  I have a feeling there are going to be about six sleepless nights in Steve Brown’s house.