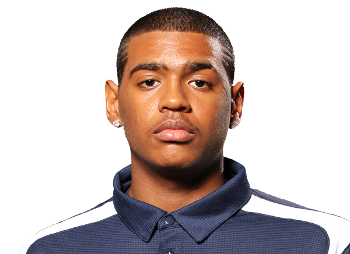 Xavier Rathan-Mayes is Robin to Andrew Wiggins’ superman. The two play together for Canada’s CIA Bounce during the AAU circuit, and at Huntington Prep during the high school season. Rathan-Mayes said he and Wiggins have always wanted to play in college together and have talked about it since they were young. Now, that dream is one step closer to coming true.

According to Zagsblog, Coach Cal called Rathan-Mayes on Wednesday to express interest in the 6-foot-4 shooting guard. Cal told him he is excited about getting to Huntington to watch him play once he returned to school.

So could they be a package deal to UK?

Part of Cal’s newfound interest in Rathan-Mayes came from the Nike Peach Jam last weekend. With Calipari, Orlando Antigua and Kenny Payne sitting courtside, the young fella went off from beyond-the-arc to erase a double digit deficit against Julius Randle’s Texas Titans and give his team the lead. XRM, as I will refer to him from now on, was as on fire as anyone I’ve ever seen in a basketball game. He hit four straight three-pointers and a fifth rattled in-and-out to end five unbelievable offensive possessions.

The kid is a deadly shooter and his close relationship with Andrew Wiggins certainly doesn’t hurt his recruitment. However, if they’re going to be a package deal, it’ll mean Wiggins will have to jump up to the class of 2013 to join him.

Start watching at the 2:00 mark to see him go off…