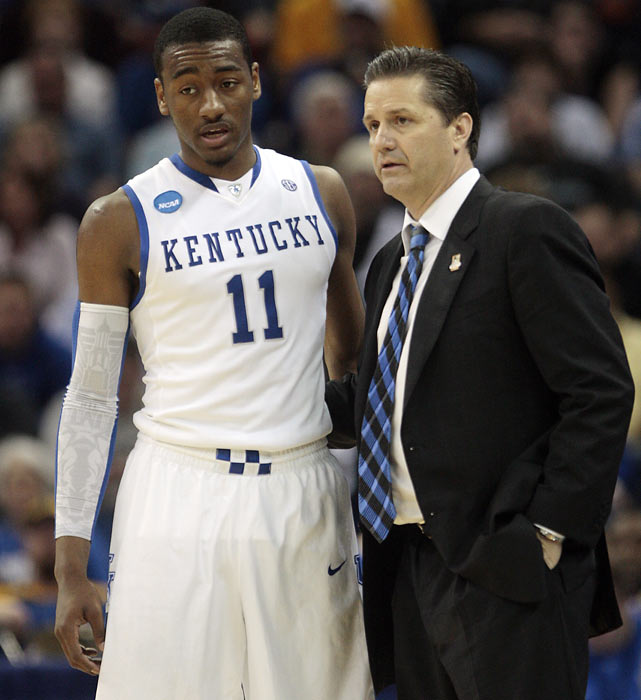 John Calipari took to Twitter this morning to reflect upon the incredible alumni weekend for Kentucky men’s basketball. It simply can’t be understated just how special of an event was created that brought back so many former players, meshing with current players– fostering and continuing to build a family environment at Kentucky.

One topic of conversation that was discussed a lot following the 2012 national championship, and again this weekend with members from both teams on campus, was which team would win in a match-up between the 1996 and 2012 team. Calipari quipped during the game on Saturday that though the 1996 team was amazing, “I still don’t think you’re better than this year’s team.” Calipari enjoyed the back and forth with the ’96 team, but he was also quick to mention the 2010 team. John Wall wasn’t about to concede victory to the 1996 or 2012 team either. Despite all the talk about the 1996 vs. 2012 debate, Wall shot back, “they gotta get through ’10 first. We could take em’. We’ll take on any challenge.”

All of the banter was just fun and games between the former players. The debate is irrelevant when it comes down to it, but just goes to show just how talented those 3 teams were that such a debate can exist. Do you think the 2010 team would beat the 2012 team in a head-t0-head game?