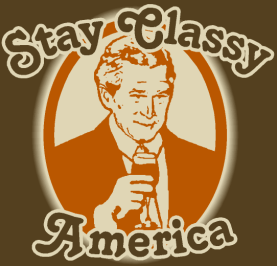 Lost in the shuffle of the Music City Bowl fallout were the comments last night from John Calipari on the zoo that will occur Saturday in Lexington. As some of you may know, Louisville comes to town and I know this could be a shock to some but…well, their coach has had some issues in the off season. While not addressing those directly, Calipari did make a comment on what he wanted to see in Rupp for the big game. According to Cal:

“My hope is that our fans make this game about the players,” Coach Calipari said. “It’s not about me, it’s not about Rick Pitino. If you’re still mad because he left here (to coach in the NBA), get over it. It’s done. I hope our fans show their class at the game,” he said. “No signs, no comments, no chants. Let’s show the country that we have the classiest fans in all of sports.”

Now I understand what Calipari is doing right here and I do respect it. The way for Calipari to handle the situation is with total class. However, I am sorry if I dont agree with the sentiment. Louisville is our rival…I dont care what any coach that coaches here says, Kentucky fans hate them…and they should. Louisville-UK is a heated rivalry and part of what makes it great is that the two teams’ fans dont like each other. THAT IS HOW IT SHOULD BE. We arent in a knitting class in which we root for everyone to produce the best crocheted piece. We are on a basketball court and we want to beat our biggest rivals’ brains in. Coaches understandably want to play down big games, in part because of the ramifications of a loss. Fans want the rivalry and nothing Calipari or anyone else will say changes that.

I appreciate all that Calipari does. He is an amazing coach and he has elevated the program in ways that were beyond our expectations. But he cant control people’s thoughts. We dont like Louisville and that isnt going to change. It isnt just a game and when it comes to Pitino, he isnt just an opposing coach. Tubby, Clyde and Calipari have all said “get over it” when it comes to Rick…and in no case has it happened. He is the rival coach and he left here to coach there. Dean didnt do that, K didnt do it and one is hard-pressed to find an equivalent change. Cats fans dont like him and they wont. And while I dont want signs or chants to be obscene, comedy on the various failings in Rick’s year are going to happen….that is just how it works. Classy went out the window that night in Porcinis, and it probably isnt coming back anytime soon.