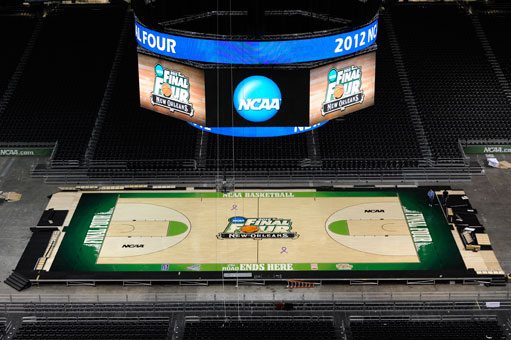 The Rupp Arena locker room renovation is still going strong and Calipari was in Rupp this morning to discuss its progress, the addition of the Final Four floor, and how you can own a piece of history.

The floor was purchased by Northwestern Mutual and donated to UK, in hopes that it can raise as much as one million dollars for charity. Coach Cal will sign hundreds of pieces of the floor to be auctioned off to fans and 100% of the money raised will go to fight pediatric cancer.

Calipari also mentioned a glassed-in area for some fans to watch the players as they make their way to the court.