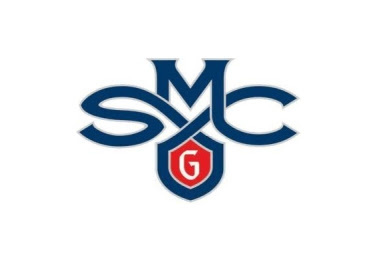 DO NOT CHEER FOR ST. MARY’S TO MAKE THE FINAL FOUR!!

For a mega-sports fan like me, this past 4 days of games have been heaven.  And I would be willing to guess that for most of you who are willing to search this blog every other minute of your day, the same can be said for you.  But, fans like you and I do NOT make up the majority of the US population, and more people are what we would call casual fans than are mega-fans.

So, what kind of tournament is the most appealing for everybody?  Because, the past 4 days have been the best opening 2 rounds of the tournament that I can remember.  Upsets, close games, great shots and buzzer beaters, huge individual performances.  It’s really had it all.  For instance, when comparing this years tournament to the past 4 tournaments, you see that the games have been as close and favorites as vulnerable as any.

So, as you can see, this years tournament is on pace to be one of the most upset-filled tournaments in history.  Only the tournament in 2006, better known as the George Mason year, rivals what is happening this year.  Ironically enough, that was also the last year a 14-seed beat a 3-seed.  So it seems obvious that fans are coming to their television sets in droves to watch the tournament, right?  Well, not necessarily.  When it comes to the first 4 rounds of the tournament, here were the average number of viewers for each of the last 5 years (only first 4 rounds):

To me, that would say that people LOVE the upsets and craziness that the tournament has produced this year, as it was in 2006.  But then take a look at the FINAL FOUR VIEWERS FOR EACH YEAR (with seeding in parentheses)

So, all of the sudden, when we get to the Final Four, people appear to want to see the favorites.  George Mason, as lovely a story as that was, did NOT draw viewers to the television sets.  Why?  Because your casual fan didn’t know George Mason and most likely didn’t make people want to watch.  But, if a Duke or Kentucky are in the Final Four, even a casual fan wants to see them because they know/think that those teams are the best and would likely produce the best game.

Point being, we are on the verge of this going down as the best tournament in the 64-team era.  But, that honor can only be bestowed upon this tournament if the top teams make it to Indianapolis.  With Kansas already out, it makes it even more important for Kentucky, Duke, and Syracuse to hold form.  St. Marys and Northern Iowa have been fantastic stories, but their run needs to end for people to watch.