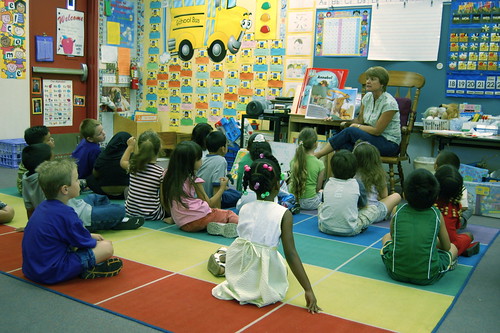 In the early 90’s, my basketball teammates and I use to go to Rick Pitino’s Kentucky Basketball Camp for the 5 day overnight session.  This was a big deal for us at that age being able to go to a basketball camp where we stayed overnight in the dorm’s!  It seems as though we always timed our trip perfectly because during our week of camp there was also a cheerleading camp going on as well.  Lots of girls were staying in the dorms as well (you can only imagine the thoughts of a 12 year old boy when he finds out 100’s of girls were around with no parents!).  Anyway, one week of camp stuck out to me more so than the other years for a couple of reasons.  One reason was because my friends and I got this great idea that we would sneak into the girls dorm’s at night just before they all went to bed.  We did so and needless to say we had a lot of fun.  Lots of fun until we got busted.  We were sent back to our dorm and waited in a room for someone we were told wanted to talk to us.  As we were all squeezed into the small room they stuck us in we all hear the door start to open, our attention was now on the door.  In comes Billy Donovan and Herb Sendek!  We all looked at each other’s pale faces before Donovan sat down next to us and told us (with a grin on his face) that he knows that we are interested in girls but we were there for basketball and how it wouldn’t help our teams if we got into trouble and couldn’t play anymore.  They continued to talk to us about the importance of being able to rely on your teammates to do the right thing and such as we were admittedly a little star struck.  It was an interesting night!
__________________________________________________________________
-Mike

The daughter of a woman I worked with was somehow affiliated with the ticket office at UK.  She would always get several tickets for the neutral site games, and given the size of the RCA dome, it always seemed to open up a chance for us to get some good seats to the games there.  During the latter part of Bob Knights career at IU, I took my dad to his first “in person” UK basketball game.  Now let me say, I don’t know of a bigger UK fan than my dad.  We’ve spent countless hours breaking down football and basketball games.  I can remember being VERY young and watching the games with him kneeling in front of the TV, with the volume turned down and Cawood on the radio.  Some of my fondest memories with my dad involve the Wildcats.  All that being said, he just doesn’t like to go see the games live.  He’s of the old “I have a better seat in my house” school of thought.  But I talked him into going to Indy to see the game this particular year.  We had great seats; 7th row, Center Court.  I can remember when Coach Knight came out onto the court, the place erupted in Boos (obviously, from the Blue-Clad folks in the house),  and my dad stood up and started giving Bobby what-for.  So uncharacteristic for him.  It cracked me up.  He still talks, to this day, about how much fun he had at that game and getting to Boo Bobby Knight.
___________________________________________________________________
-Rob

This is actually about my uncle. My uncle Jimmy was a high school and small college referee when rupp was at UK and cm newton was the coach at transy. On a snowy day in January when the scheduled refs couldn’t make it for a uk jv game my uncle gets a call from cm newton asking if he could make it in from Winchester in the blizzard. My uncle said he slipped and slid all the way there but he wasn’t going to miss the opportunity. In the locker room getting ready before the game Jimmy said in walks coach rupp in his brown suit with brown shoes and high-water pants that showed his white socks. Rupp shakes my uncle’s hand and proceeds to say, “Rainey, there are a few thousand kitten fans out there that braved this snow to see these boys win. I want YOU to make sure that happens!”Now let the haters declare this means rupp was dirty. Whatever, but I say he just wasn’t going to lose a jv game in a foot of snow one January afternoon.

(If you have a cool UK story, email me at [email protected])