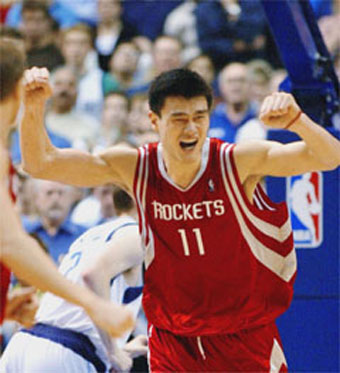 Recap: Here is the thing with the Rockets.  They haven’t had alot of draft picks over the past decade.  A total of 5 first rounders in 10 years is odd.  Yao Ming (when healthy) and Aaron Brooks are fantastic players.  I didn’t realize it, but Brooks averaged 19PPG this season.  But they have also bombed on Griffin, Nachbar, and Head, none of which are still with the team.  Donte Green was traded before the season started, but he has been a non-factor in the NBA as well.  So, its tough to say how Patterson will do in Houston.  The Rockets are also on Year 3 of a new front office, and the team has basically been destroyed with Ming’s injuries since then.

Here is my worry with the Rockets: They just resigned Chuck Hayes last year, and if Patterson can not beat Hayes out for the first year, the Rockets have a tendency to be active on the trade market.  Hell, they traded Donte Green before he ever played a game.  So, if we see limited action from Patterson this season (which I don’t think will happen), we’ll see if the Rockets give up quickly and dangle him on the trade market.