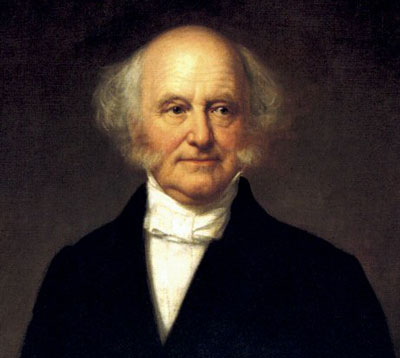 A letter, a plea, a request to those in the lower level section of Rupp Arena.

How are you octogenarians doing?  Has the Zantac helped the heartburn?  That’s good to hear.  First of all, I hope you are just as excited as I am for another UK basketball season.  I bet during your weekly bridge games and bowling leagues, you just can’t wait to see Jon Hood tear it up.  But over the last few years, I have noticed a gap developing between people like you, “the greatest generation”, and people like me, “the greatestest generation”.  And it’s too bad, because it revolves around something we can agree on, and that’s our love of UK basketball.

You see, in a way, people of my age bracket are jealous of you.  You all have developed wealth over your years, and you use that wealth to donate to the program and take the greatest seats at Rupp.  And frankly, you deserve it.  You essentially make the program run with the money you put in.  And as a reward, you get the best seat in the house to watch the greatest program in the country.  Except, it seems like you all don’t act like it’s the greatest program in the country.  Let me give you a comparison you might understand: Kentucky is like Abraham Lincoln, something truly great and special and a leader in the college basketball world like Lincoln was to America.  You all cheer for the program like it was Martin Van Buren.

Maybe back in the 1940’s and 50’s, you showed support for your team by a couple soft claps of the hands and stern nod of the head in approval.  Well, guess what?  This is NOT the 1940’s and 50’s, this is the 21st century.  And in the 21st century, we have what you might call a “louder” approach to cheering.  And god forbid, it might even involve you getting out of your cushioned seat to stand during your team’s good play.  It might involve continuing to cheer during timeouts and before games, and it might involve standing for upwards of three whole minutes.

Now, I know what you will say: I bought the seat and I do……..cough cough cough…..n’t have to do anything.

Well, you are technically correct.  You did spend your own money and thus you have a right to participate in the game in whatever way you feel necessary.  Except for this fact: people in your position have the ability to affect games.  Literally effect the play of the opponent.  Literally have a hand in helping your beloved UK to wins.  And yet, through laziness and being stuck up old farts who find noise to be undignified, you choose to actually decrease your Cats chance to win.  Because in a close game, noise can have a direct effect on the other team, whether it be during free throws or end of game possessions.  The low income guy in Section 303, Row Z, is going to have a hard time being heard.  You would not have that problem.  But clearly, the behavior at Rupp should be the same as a library.  Because that is what the arena sounds like most of the game

And let me point out another lovely piece of technology you may just be getting used to: it’s called a television.  There is also this cool little invention named cable television.  It allows your precious little UK to have its games televised nearly every game.  And do you know the people that show up on those broadcasts?  That would be the senior citizens of the commonwealth, also known as YOU!  And frankly, all too often, I watch the broadcast and think to myself “looks like a boring atmosphere to me.”  Bet if they showed the upper sections, my opinion would change.

And yet, you choose to sit on your rears.

If I was you, I would feel EMABARRASSED that despite having the largest college basketball arena in America, and the most passionate fanbase in America, Rupp is not considered the greatest homecourt advantage in America.  And that rests 100% on you.  Your inability to give 2 hours of effort cheering on your Cats makes everybody, including the coaches, players, and other fans look bad.  How must the players feel that after a good play, they look into the crowd and see your fat asses still in the seats.

How can you call yourself a true fan of the program when you have the opportunity to have a greater impact on the game than any other fan, and you throw away that opportunity like your dirty adult diapers?  You have essentially used your wealth to hurt the program.  Because part of having a great program is having a great home court advantage.  You prevent that from happening.  How does that sit with you?  It takes more than money to proclaim yourself a fan.  Do you even know where the word “fan” comes from?  It comes from the word “fanatic”.  Fanatic meaning having an extreme enthusiasm for a cause.  You all seem to have as much enthusiasm as I do over the McRib being back at McDonalds.

I write this plea in hopes to light a fire under your butts.  Not only will this fire maybe get you up out of your seat more than twice a game, maybe it will cure the constipation too.  Either way, take this message to heart: you have the ability to have more than just a financial impact on this program.  You have the ability to make this nation know that Rupp Arena is more than just a 22,000 seat opera house.  You have the ability to make opponents need ear plugs to play at Rupp.  YOU HAVE THE ABILITY AND YOU HAVE THE RESPONSIBILITY.  Stop letting down the fanbase.  And if you can’t accept that responsibility, then get your butts out of the good seats, stay home and let your grandchildren show you have to work a color TV, and let the REAL fans show you what cheering is all about!