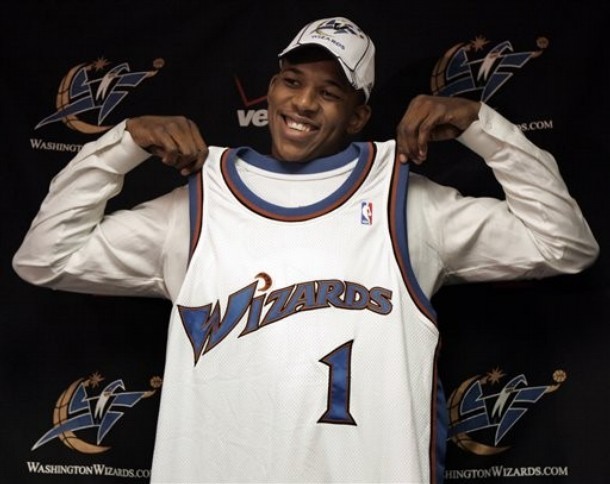 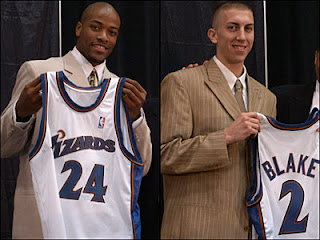 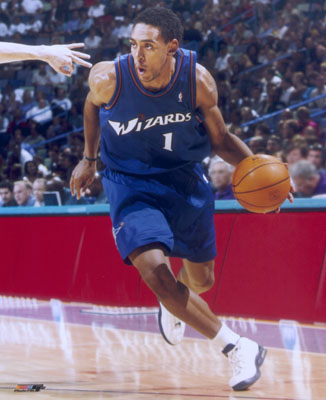 Wizards 1st round draft picks in the last decade.  YIKES!

Recap:Frankly, Washington is worse than the Clippers with their draft picks.  Kwame Brown is obviously terrible.  Jared Jeffries is a career 6PPG scorer and has never made an impact.  Juan Dixon has averaged over 10PPG twice in his career, but never with Washington.  He came back to Washington this year and started a total of 5 games.  Hayes suffered a serious knee injury, but had proven to be a decent player for the Wizards, although he is no longer with the team.  Pecherov was awful for 2 seasons and has since been traded.  Young has struggled to break the regular starting lineup playing behind Gilbert Arenas but has averaged 9.1 PPG over 3 seasons.  McGee can not be defined as a bust yet, but has not shown any ability to be even a mid-level NBA player.

So, Washington has drafted what I would call ONE good player in 10 years, and Jarvis Hayes is not exactly someone you can develop a team around.  Nick Young is a decent player, but 4 out the 7 first round Wizards draft picks have been BUSTS, with Mcgee likely to be a 5th.  John Wall is much more talented than any of these players, but the Wizards have shown no ability to develop players, and are quick to deal their draft picks away.