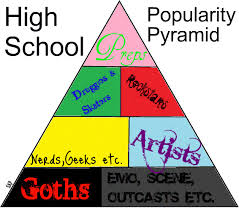 With the Jeff Sheppard controversy breaking out this week, I think it highlighted the fact that despite 2 Final Fours and a national championship in his first 4 years, there are still those who are not entirely satisfied with the job that John Calipari has done.  In Cal’s case, it’s not so much the results but the methods to get to those results.  I find it hard to find much fault with the recruiting methods, coaching tactics, or motivational ploys that Calipari has used, seeing the winning that has come with it.  But, some remain stubborn, and that is OK.  Being a fan of a team doesn’t mean blind loyalty.  I can understand the complaints some have, but I think it’s being picky.

That being said, the careers of John Calipari and Rick Pitino have many similarities during  their times at Kentucky.  Both guys brought in a new style of play that has excited fans.  Both guys have brought in a new level of recruit that was not seen by their predecessors.  But above all else, they have created an atmosphere where they are treated like gods.  I don’t think it is a stretch to say Pitino in the 1990’s and Calipari right now could run for governor in this state and probably win.  But here is what was bouncing around my head yesterday:

Is Calipari’s popularity at the level of Pitino’s at his most popular?

It’s an intriguing question to me because even though only 18 years have separated the 2 men, so much has changed with college basketball and how we follow it.  Just a couple things to consider:

-Thanks to websites like this one, and the explosion of the internet in general, we have more information about the team and players than we ever did in 1996.  This has positives and negatives.  On the positive side, we come to like the players like they were our sons.  We learn more about their personalities off the court.  If all we had to judge Demarcus Cousins was on-court actions, his popularity would have likely been much less.  But, we saw the many videos of off-the-court actions of Cousins, and we saw a different side.  But at the same time, we also learn about every comment, every look, every everything that the coach does.  Caliapri has said many great things, but he also had a slip-up or two as well.  Comments that may have never come out in the pre-internet 1996.  Calipari has used this exposure to his advantage to advance his popularity many times, but it can bite you as well.

2. Recruiting is a different ballgame

-Whereas I think that first point is an advantage to Pitino, I think this one goes to Calipari.  Because of recruiting websites like scout.com and rivals.com giving fans another way to compare their program to others, the interest in recruiting has elevated to a whole different level.  And the fact that Calipari recruits at the level that he does means that he remains top of mind in Kentucky fans minds 365 days a year.  And in a positive way.  Thanks to a constant stream of AAU tournaments and committments, Calipari usually wins the summer months more than Pitino did.

3. Calipari’s record going up against Pitino’s

-What Rick Pitino did from 1993-1997 was almost unheard of in Kentucky history.  I guess the 1948-1951 stretch was pretty successful too, but that was a different era with different interest.  The popularity of Pitino’s program in that stretch during the modern era had no rival.  Now that Calipari has had a similar run (2012-13 never happened) we have gotten a taste of that again.  But this run Calipari is on is constantly being compared to Pitino’s run, while Pitino never had any comparison.  You have to consider that a positive for Pitino because some fans can still argue that “this run is not at good as Rick in the 1990’s”.

-Tell me if I am wrong because my memory is foggy, but Rick Pitino came to Kentucky with a fairly untarnished reputation.  Sure, some UK fans didn’t like the idea of a New Yorker getting the job, but there wasn’t the negative publicity surrounding Pitino like there was around Calipari at Memphis.  And even to this day, despite no cheating allegations or charges, some UK fans will still argue they don’t like Cal because they worry about what happened at Memphis.  That segment of the fanbase is small, even tiny, but it does exist.  Pitino did not have to deal with that.

When thinking about this topic objectively, you have to keep in mind that both guy’s at their height of popularity (Cal in 2012, Pitino in 1996) had popularity off the charts.  But I would imagine that after the 1996 championship, Pitino’s popularity might have been at 100%.  Which is quite hard to do.  And unfortunately for Calipari, and as Sheppard unknowingly proved earlier this week, there will always be a 1% of the fanbase who won’t support the current coach for one reason or another.  And for that, I tend to argue that at his height, Pitino may still have been more popular.  Am I wrong?

45 Comments for BTI’s Rants and Ramblings: Is Calipari more popular than Pitino ever was at UK?