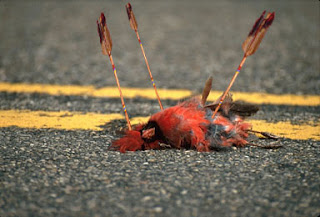 5 Keys to the Game and Why we will Win:

-Hat tip to Lachlan Mclean for this one: If Kentucky shows up and plays well, they will win, no matter what UL does.  The talent gap, experience, and skill positions are just too much.  So you can easily rationalize how Kentucky wins this game: run the ball well, big plays, solid tackling.  Essentially doing the basics of the game.  For Louisville though, to rationalize them winning the game, you have to go a little off the board.  4 or 5 Kentucky turnovers, some type of special teams touchdown, unproven wide receivers have a big game, etc. etc.  It’s not as simple as saying “if Louisville runs the ball well, they will win this game.”  It’s just not enough for them this year.  So when trying to predict the game, unless you think the game will have crazy plays, you HAVE to pick Kentucky.

-Say what you want about Mike Hartline and his skills, the guy has learned how to manage a game.  He has beaten Louisville twice by managing the game.  So when people argue that’s why he SHOULDN’T have started this game, I would argue that’s why he SHOULD have started.  Hartline, against mediocre defenses like Louisville’s, has been very successful managing the game.  I would expect for him to throw for 150-200 yards, one touchdown and no interceptions.

On the other side of the field, Louisville is playing Adam Froman.  Froman started 7 games last season, with 6 TD’s and 5 INT, BUT he is also learning a completely new system.  He will basically be learning as the game goes on.  It’s a whole different ball game when facing an opponent as it is facing your own team in practice.  I would expect there to be some growing pains for Froman against Kentucky.  If I am the Cats, I am simply trying to get equal or more interceptions than touchdowns from Froman.  And I think this will happen.

-As I said a couple weeks ago, there are only 5 players on UL’s roster that were on the team when UL beat UK 4 years ago.  While there are only 4 UK players that have ever lost a game to Louisville.  The confidence level has to be high in the Kentucky locker room and shaky in the Louisville locker room.  Not only because of the history of this game, but also because Louisville has been in a losing program for 3 years.  It takes a coach a year or two to get that winning mentality back into his players.  It took Rich Brooks 3 seasons.

I feel like if Kentucky can put a quick score on Louisville, the game could snowball on the Cards.  And we all know how quickly the UL crowd will exit if Kentucky jumps out on UL.

-What is Kentucky’s main weakness, according to most fans and experts: offensive line.  Lucky for us, UL’s biggest weakness is defensive line.  Maybe at some point this season, UK’s offensive line will get abused, but it won’t be in this game.  UL’s D-line is VERY small, like Division-2 small.  They are masking this flaw by calling them quick (which really isn’t true either), but as much as Kentucky should run the ball, it’s strength that you need on the line, not quickness.

34 pounds per person.  That’s a serious weight difference.  Just another reason that Kentucky should run and run and run and run.  Navy style running.  Derrick Locke, 40-50 carries.  Of course I am kidding about that.  But if you are ever going to use Randall Cobb in the Wildcat formation, this is the game.

-Cats jump out early with a couple 8-12 play drives.  Locke pours in 2 touchdowns in the first half, a half in which the Cards keep it close.  UK goes into the break with a 17-7 lead, but the depth problems on the line with Louisville catch up in the 2nd half, and Kentucky dominates time of possession, winning with room to spare, 30-14.