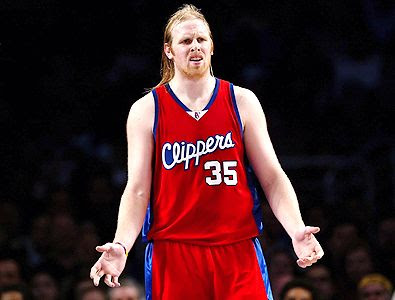 Recap:There is no doubt that the Clippers are a DISASTER as a franchise.  They barely even attempt to try and make the playoffs, get rid of any good players and generally have ignorance running their front office, like Elgin Baylor.  BUT, they actually haven’t been half bad with their draft picks.  Their last 3 picks, Thornton, Gordon, and Griffin, all seem to be top level NBA players, assuming Griffin comes back from his knee injury OK.  Chris Kaman has been a consistent performer in the middle for the Clippers his entire career.  Darius Miles gave the Clippers 3 decent years, but was not spectacular.  And even though I call Shaun Livingston a bad pick, that’s simply because he suffered the worst leg injury this side of Joe Thiesmann, but up until then he was making his way as the Clippers starting point guard.

Like most teams, the Clippers have had busts in Wilcox, Ely and Korolev.  But, their overall ratio of good picks to bad is better than the Wizards and the Rockets.  So on that level, the Clippers choosing to take Bledsoe might be a good sign.  But of course we all know that Eric will get no attention as a Clipper, and is stuck behind Baron Davis and Eric Gordon.  While some would argue that means he will get good teaching from those players, I would argue it just means he won’t see many minutes.

The Clippers have always been rumored to be wanting to get rid of Davis, and if that comes to fruition, maybe Bledsoe has a chance.  Gordon is likely there for a couple more years.  But for his rookie season, Bledsoe will have a difficult time to find the floor, and it will be interesting to see how he reacts to that situation.