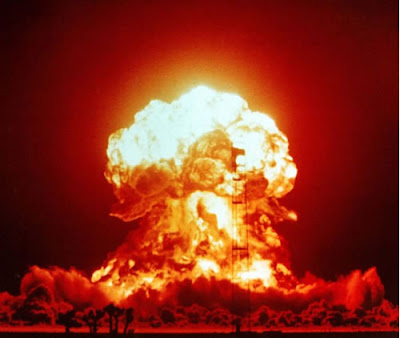 RANT #1: Basically, this is just my initial thoughts on conference expansion and what is important to schools.  We have heard many times now that Texas will never join the SEC because of the academic level of the SEC schools.  It’s why the Pac-10 and Big 10 are the major options for the Longhorns, assuming they are leaving the conference.  Here in Louisville, a lot of Cards fans want to go to the Big 10 if the conferences have to be realigned because it makes the most geographic sense, and the football and basketball are both solid.  But, those in the know will tell you the Cards have ZERO chance of making the Big 10 because of academics.

So, my question is this: WHY DO ACADEMICS MATTER WHEN IT COMES TO CONFERENCE AFFILIATION?

The only way that schools such as Kentucky, LSU, and Ole Miss are connected is through athletics and the SEC.  Because these schools are in the same ATHLETIC conference does not also mean they have academic competitions.  Just because the basketball teams play every year doesn’t mean the Engineering teams also clash, or the newspaper staffs are natural rivals.  THESE CONFERENCES ARE SIMPLY FOR THE ATHLETIC TEAMS.  So, what does it matter what the academic stature of a school or conference is.  If I am Kentucky, all I want for my athletic teams is to play the most equally competitive teams that are somewhat in my region of the country.  I don’t care if the West Virginia School for the Stupid is in the SEC, just as long as their athletic teams can compete.

So then, why do schools like Texas and Stanford and Michigan make academics part of the athletic conference equation?  ONE LITTLE WORD: ARROGANCE.  The presidents of these schools play a large part in what conference their athletic teams play in.  And when you are the president of an “elite” university like Michigan or Texas, frankly you probably think your poop smells like ice cream.  You literally think “How dare a school like Texas take the field in all our sports against schools like Mississippi.  That is below us.”

Hence, why Kentucky would NEVER, under any circumstance, be invited into the Big 10, which is the most elite BCS conference academically.  And also the most boring to watch athletically.  And also the least successful nationally in ALL sports (along with the Big East).  So, as long as the Big 10 wants to continue to be elite ACADEMICALLY, I am cool with that, because you suck on the field, which is why those 11 schools are connected in the first place.

RANT #2: So, just what are the elite universities of the BCS?  Well, thanks to Lachlan McLean, who sent me this list, we learn that the some of the universities has comprised a group called the Association of American Universities (AAU), which is composed of the 63 colleges that consider themselves elite.  33 of these schools are BCS schools.  AAU members by conference:

As you can see, the Pac 10 and Big 10 are the most elite BCS conferences academically, hence why Texas wants to go to the Pac 10 and not the SEC.  Although Texas isn’t even in the AAU, they still consider themselves an elite university and want to be associated with elite universities.  The Big 10 is especially snooty in their eliteness, hence why they invited Nebraska, Missouri and Rutgers into their league, because god forbid they have a school not in their little club of academic dorks.

Now, added on to the academic side of things is the TV viewership side of things, which is why you would think Missouri (pop: 6 million) is wanted in the Big 10 over Nebraska (pop: 2 million).  And why I still think Missouri will be taken if they want to come.  The quality of play clearly doesn’t matter, or Rutgers would not have been invited and Kansas would have been.  It’s also why Louisville could one of the odd teams out, because they don’t have an elite university AND they have limited TV viewers.  Keep this list in mind when all of the dominos begin to fall, because the strong academic schools in highly populated areas will be the major targets of all the conferences.

There are 3 sceanrios of how this entire thing could play out in my mind (assuming Nebraska is in the Big 10):

Scenario #2: Nebraska, Missouri, and Rutgers to Big 10, TCU and Utah to Big 12, Central Florida or Memphis to the Big East (likely UCF).  Rest of the Big 12 schools remain.

Scenario #3:All hell breaks loose.  The six Big 12 schools go to the Pac-10.  Missouri and Nebraska go to the Big 10.  That leaves Iowa State, Kansas, Kansas State, and Baylor/Colorado.  Rutgers also goes to Big 10, giving Big 10 fourteen teams.  Now, at this point, the SEC and ACC choose to stay at 12 teams, or they choose to expand as well.  If they choose to stay put, it puts the 4 remaining Big 12 schools with little to no options other than joining a mid-major conference.  If the SEC and ACC choose to expand, then maybe the 4 remaining Big 12 schools get absorbed, and the Big East is plundered, leaving a couple of those schools to go back to minor conferences.

My best guess is that Scenario #1 is the most likely.  I think when it comes times to pull a HUGE trigger, Texas won’t move to the Pac-10 UNLESS they are 100% certain that a new MEGA-TV NETWORK is going to be created.  If they don’t have that certainty, they likely won’t go.  One Big 12 coach is on the record as saying that he thinks the Big 12 will dissolve if Nebraska leaves.  If that’s the case, then all hell may be breaking loose.  But, I think without assurances that the money will be significantly better in the Pac-10 than the Big 12, then Texas will not make the move, and they will just fill the gap that Nebraska leaves.

Now, did you notice one team I did not mention?  NOTRE DAME.  I get the feeling and I have heard others mention this, that Notre Dame will regret having not entered a football conference (Big East) earlier.  Because, as much as you might think, Notre Dame is NOT IN THE AAU, meaning it is not as elite academically as you might think.  Plus, if you are the Big 10, you already have the state of Indiana covered with Indiana and Purdue, so you are not gaining any Big 10 Network viewers with Notre Dame.  And if the “all hell breaks loose” scenario happens, the Big East will be destroyed, and Notre Dame will likely not have many options.  IT IS SOMEWHAT LIKELY THAT IF FOUR MEGA-CONFERENCES ARE CREATED, NOTRE DAME WILL NOT BE IN ANY OF THEM.  And then they would soon become irrelevant.  Keep an eye out on that.