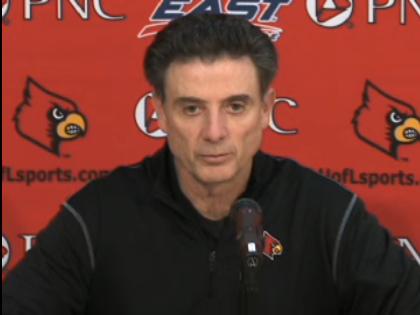 John Calipari has been very vocal that his time at Kentucky is not going to be a long term thing, which I took to mean 15- or 20 years.  I have always said if we can get 10 years out of Cal that will be a HUGE success for the fanbase and the program.  Because as Cal has also said, the basic day to day activity of the job is unlike any college basketball job in the country and is truly a grind.  Guys like Caliapri, and Rick Pitino when he was here, seemed to love that aspect of the job, while Tubby and Gillisipie it seemed to be a negative.

But what I have always wondered is just what kind of effect the Kentucky job has on the basic energy and passion a guy has for coaching.  With the incredible grind the UK job has become, we saw the passion absolutely leave Tubby and just exploded the problems on Gillispie.  Now Cal talks about it often.  While Kentucky will always be considered an elite job at the college level, does it actually have a negative impact on a coaches career?  Take a look at the past 4 UK coaches and how they did at Kentucky and post-Kentucky:

-Sutton battled alcohol issues at Oklahoma State and then had an embarrassing stint at San Francisco before finally calling it quits.  He did make it to 2 Final Fours at OSU, but that was spread over a 10 year period, in which OSU missed the tournament twice and did not get out of the first weekend another 5 times.  Just looking at Sutton’s face shows you a man with some fatigue in his life.  And despite all of that, he has probably had the best post-UK career of any of these coaches.

-Pitino bolted for Boston for big cash, and was a complete disaster there.  He returned to Louisville in hopes of guiding them to the success he had at Kentucky.  That surely hasn’t happened, although he has made a Final Four….in 10 years.  He has also sent that team to the NIT twice, and put the school through a very bad publicity era with his Karen Sypher ordeal.  Another guy who, when looking at him in the face, appears to have aged a little quicker than his actual age should suggest.

-Tubby was basically pushed out at Kentucky, and was brought in to Minnesota to revive that program.  While recruiting has increased there, the wins have not come very quickly, and 4 years into that tenure, Tubby is running in place.  He has also had public spats with the administration and players about facilities and behavior.  It just seems to me Tubby has lost that elite mojo that he had at Kentucky for many years, and now is just coasting towards retirement, even though he is just 60 years old.

-Obviously, Gillispie doesn’t have any concrete stats from his time at Texas Tech, but if recent reports about confrontations with staff in Lubbock are any indication, then things are not looking good.  Wheras the other guys listed above came to Kentucky with clean records and energy, Gillispie had his problems before Lexington, so its not real clear how much his 2-year stint actually burned him out.

Now, some could argue the reason those records are worse is that Louisville and Minnesota are worse programs than Kentucky, and it has nothing to do with the coaches.  But, Pitino built Kentucky from the pits to where they are now, so why hasn’t he been able to do that at Louisville.  Minnesota went to the Final Four in 1997, so that program can do it, but Tubby seems nowhere to getting them there.  Gillispie is off to a bad foot at Texas Tech.  Sutton had some success at Oklahoma State, but no consistent success.  Did the Kentucky job affect how these guys did after they left?

29 Comments for BTI’s Rants and Ramblings: Does the UK job burnout a coaches career?