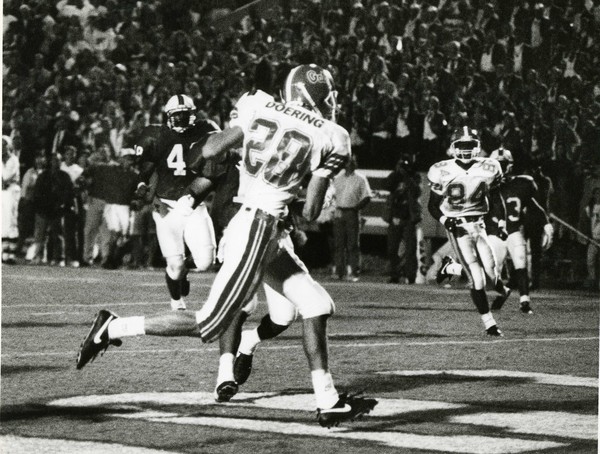 Yes, it is true that Kentucky has lost 26 straight games to Florida, the 2nd longest losing streak in the country.  But for me, and I think many others, Florida has had revenge coming for 20 years now.  Flashback to 1993 when the 7th ranked Gators came into Lexington with a future Heisman Trophy winning QB and a slew of wide receivers.  This was Steve Spurrier at his best.  But Kentucky was also coming into a season where they would eventually make the Peach Bowl, the only bowl appearance under Bill Curry.  And then this happened:

17 Comments for BTI’s Rants and Ramblings: 20 Years of Revenge Coming