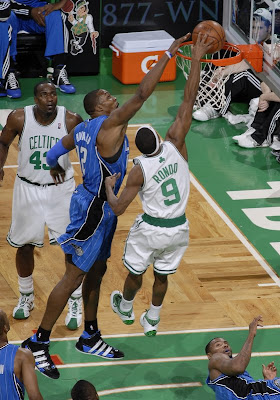 CONTEST, CONTEST, CONTEST: It’s contest time here at KSR.  Here are the rules.  They are simple.  Your job is to make the most creative BTI-themed sign you can think of.  Every week, I will pick the most creative sign.  Bonus points if your picture is at a UK event.  You have permission to make fun of me in these signs, and in fact, the funnier, the better.  The winner each week will receive a BTI autographed CD filled with UK highlights of the past, Video Vault style.  Send your pictures to [email protected]. I may post the pictures throughout the week, BUT the winner(s) will be announced on Fridays.  Good luck.

ANNOUNCEMENT: Matt has let me in on the little political secret he is going to release and you should know that it was NOT the Richie Farmer for governor release yesterday.  Matt already said it is going to be released next Tuesday, and I can promise you it will be quite the surprise.  Get very excited.  Trust me.

1) Looks like Rajon Rondo is likely on his way out of Boston after this season.  According to his agent, Rondo wants to be one of the 5 highest paid point guards in the league, and Boston doesn’t think he should be paid that way.  I hate to say this BUT I am not sure Rondo has earned the right to ask for that kind of money YET.  Here are other top paid point guards this season:

Currently the Celtics are offering 5 years and 9 million per year.  Rondo is asking for upwards of 12 million dollars per season.  The question I have is: Does Rondo deserve as much as Billups or Nash?  I don’t think so yet.  We will see how it plays out but as Jerry Maguire once said “It’s a huge risk.  If you get injured, you get NOTHING.”

2) Take a very good look at the NBA’s top wives and girlfriends.  Pretty much SFW.

3) This world has become out of control.  Could we have more pointless laws and regulations and rules, not only in our daily lives but also our sports?  Check out what got one cross country team disqualified recently.  Insane.

4) Just not cool there is a 4-year-old out there that could beat me up.  Not cool at all.