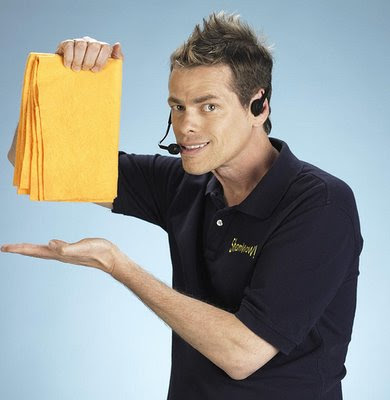 This post was posted yesterday but was bumped down due to Calipari issues, so I just decided to repost it this morning.  Some interesting stuff in here today, and I hope it gives you a brief reprive from the, what I would call, “somewhat important”, things going on in Lexington.

1. One thing is for sure.  On a national scale, UK has taken a pretty hard hit with the firing of Billy Gillispie.  This particular ESPN writer compares the program to a failing car company.  He takes shots at both the overzealous fans and also the administration.

2. SHAMWOW!!!! This story took a very dark and disturbing (sarcasm) turn over the weekend, when the SHAMWOW!!! spokesperson, who’s name it turns out is Vince Schlomi, basically put a beat down on a hooker he had hired.  Oh, this lovely story doesn’t end there, though.  The reason he beat the living hell out of the street walker?  When he kissed her, she bit his tounge and wouldn’t let go.  So, the question I ask is: Did he clean the blood off her face with a SHAMWOW!!!  Everytime he punched her in the face, did he scream out loud, SHAMSMACKED!!!  So many questions, and so little answers.

3. Never too early to look ahead to football season.  Not like anything is really going on in this area on the basketball scene.  Here is a preseason Top 25.

4. There are numerous athletes who say they use the Wii Fit to keep in shape during the off-season.  Turns out, it could also kill you.