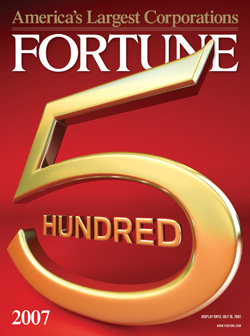 Let me tell you a little story.  In early 2008, a local buisness was floundering.  The owner cried all the time, because he loved his work and didn’t know what the problem was.  And then he saw a statement I made on this website and gave me a call.  A year later he has a Fortune 500 company.  That buisness is Boone’s Butcher Shop.  Don’t miss out on expanding your buisness by advertising with KSR.  Discounted prices are available.  Contact me at [email protected] for more information.  All kinds of ads are welcome, and if you just want to say “I love you” to your wife or girlfriend for Valentine’s Day, that option is available as well.  DO IT!!!!!

Thoughts on the game:

(1) I was sitting courtside on the UK end of the court, and the ref who called the technical on Gillispie was right in front of me.  And I heard NOTHING coming from Coach after the Patterson basket, so I don’t know how the ref heard anything coherent enough to call a tech.  Gillispie is constantly screaming at officials, so he must have said something VICIOUS to force the ref to call that T.  But, what I do know is it changed the momentum of the game drastically.  At that moment, UK had just taken it’s first lead and then immediately lost it right back.  Again, I don’t know what/if Gillispie said, but I do know that neither Patterson nor Porter were fouled hard enough on that play to say something that deserves a tech.  You have to show some restraint there.  12-0 Cards run was a huge difference in the game.

(2) I know the talk among the media during and after the game was can UK be succesful with only 2 offensive threats.  After watching the game, I think they can, especially in the SEC.  If Porter, Stevenson, Harris, Harrelson, and Liggins can at least knock down open shots, then you don’t need them to be serious threats, you just need the other team to know they can do it.

(3) What does everyone have to say about Michael Porter now?  There were a TON of careless turnovers by the Cats yesterday, and I can only remember one by Porter.  He seems much more confident bringing the ball up the floor and getting the offense rolling.  And he knocked down the open shots.  And that’s all he needs to do.  On the other hand, Deandre Liggins was TERRIBLE.  If pressured, he threw a couple of the worst passes in the history of basketball.  Right now, I would split the minutes 27-13 Porter.

(4) Poor Ramon Harris.  He just isn’t the same out there anymore.  He’s almost invisible and when he does something, it’s usually negative.  He didn’t really have an effect on the game, but the Cats need him to.  I feel bad because the injury still bothers him, and it must put him at about 50%.

(5) I don’t care who hates it, give the Cards some credit.  They finally hit some shots, albeit open shots, and overall played pretty well.  Give Sosa credit for hitting the shot, nothing the Cats could do.  Porter played off of him thinking he would drive and hoping he would shoot.  The Cats got what they wanted and Sosa just hit the shot.  It’s that simple.  Nobody to blame, just credit the guy.  Other teams should take note that if you press them hard, Earl Clark will throw the ball around like it has ebola virus rubbed on it.  If they shoot like that, they are a Top 10 team, and that should tell you that UK can compete with really good teams.  Now they just need to win some of these games.

(6) Patterson was the best player on the floor.  And the Cats are really finding good spots to get him the ball.  He scores the most quiet 20+ points you ever see.  I don’t know if you agree, but I think he should be option #1 on offense, not Meeks.  The reason being he can pass really well out of a double team, hopefully to Meeks for a 3.

Overall, it was one of the more entertaining games I have ever attended.  I thought both teams played fairly good, and I have come to accept the Cats will turn the ball over a bunch.  I see a 12 or 13 win SEC season coming, and the team is improving alot.  I like the lineup of Porter-Meeks-Stevenson-Patterson-???????.  I guess you put Harris there, maybe Galloway.  I wish Harrleson would get his act together defensively because he could be an offensive weapon.  Don’t get down Cats fans, this could be a bright season yet.  Now on to some links: